Bookstore You Want to Move Into 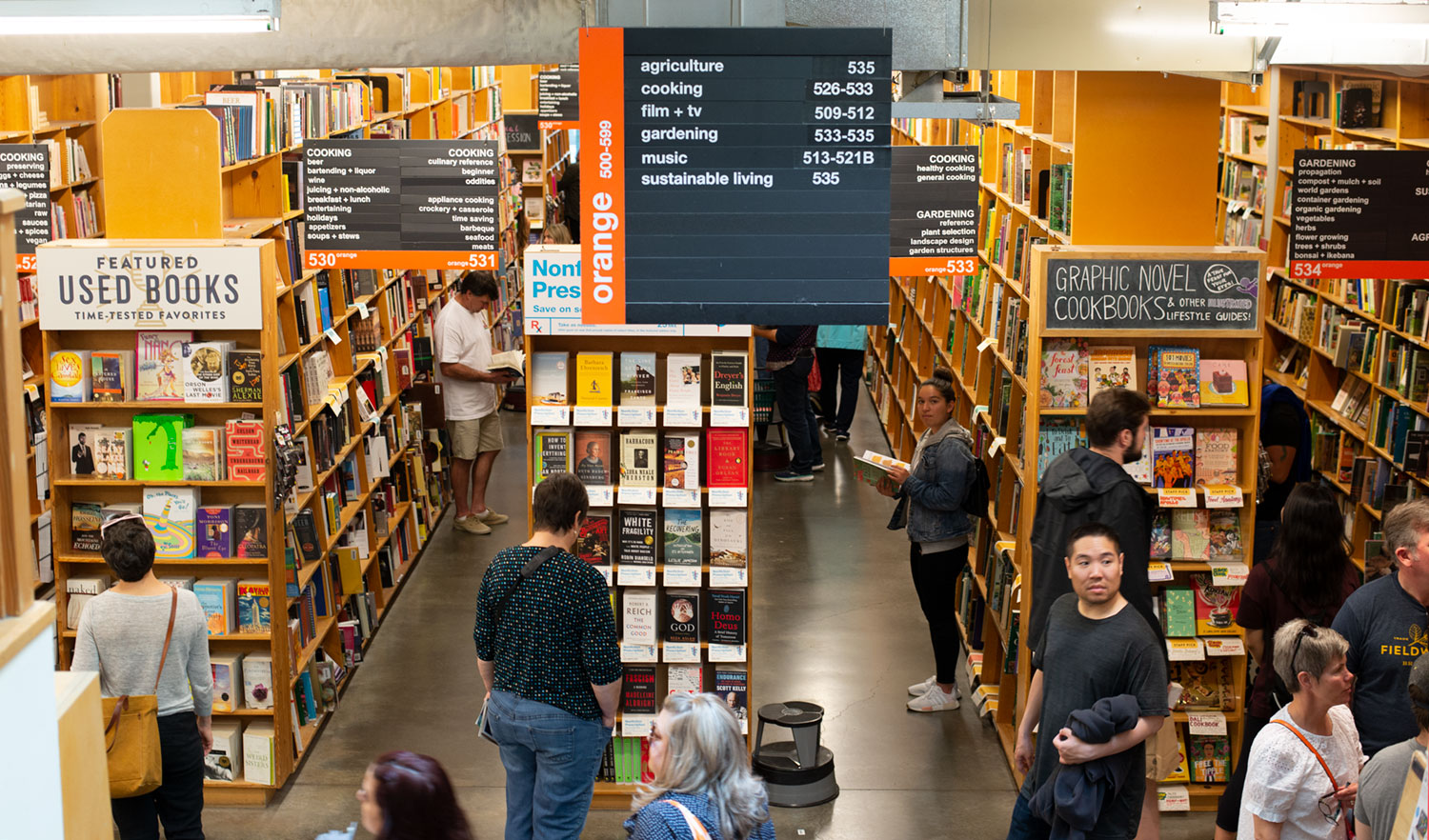 It’s an entire city block of books, but it took me just five minutes to find an obscure book on Japanese tree pruning that I was looking for. Ahh, Powell’s City of Books! Small wonder that this independent bookstore in Portland, Oregon, has been called the temple of print, a giant piece of heaven. My only criticism of this glorious store is that it doesn’t include a bed and breakfast so I can just move right in.

Powell’s City of books claims to be the largest independent bookstore in the world. I’ve been in some pretty big bookstores, in Singapore, New York City and other major cities, so I don’t know if that’s correct, but who cares? Powell’s more than a million volumes is plenty enough for me. The store is so big they provide free foldable maps to navigate it and tours of it once a week. I’ve never failed to find a book related to a topic I was looking for at Powell’s.

The best part about Powell's, though, is that you can get immersed in the magical world of books there. 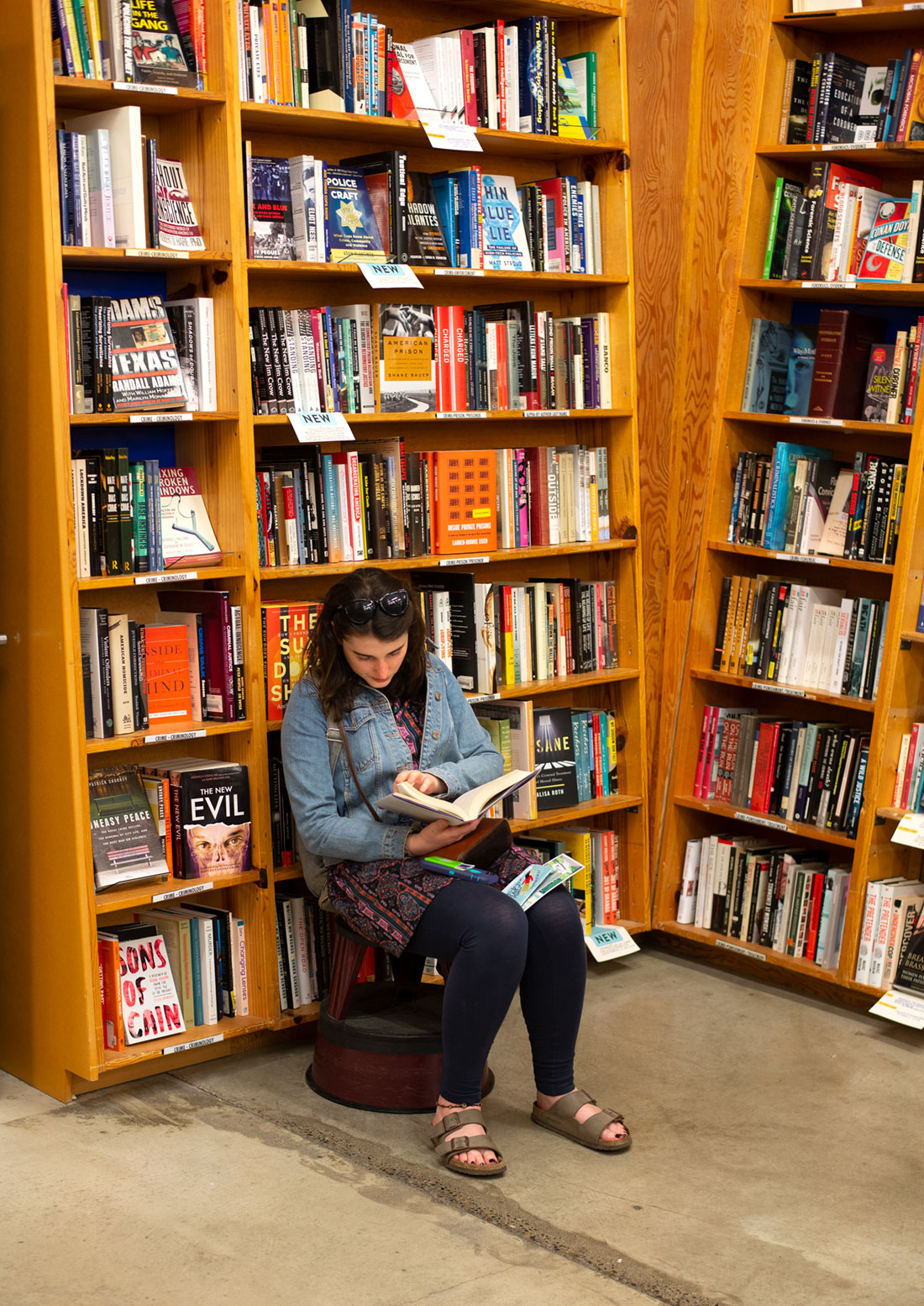 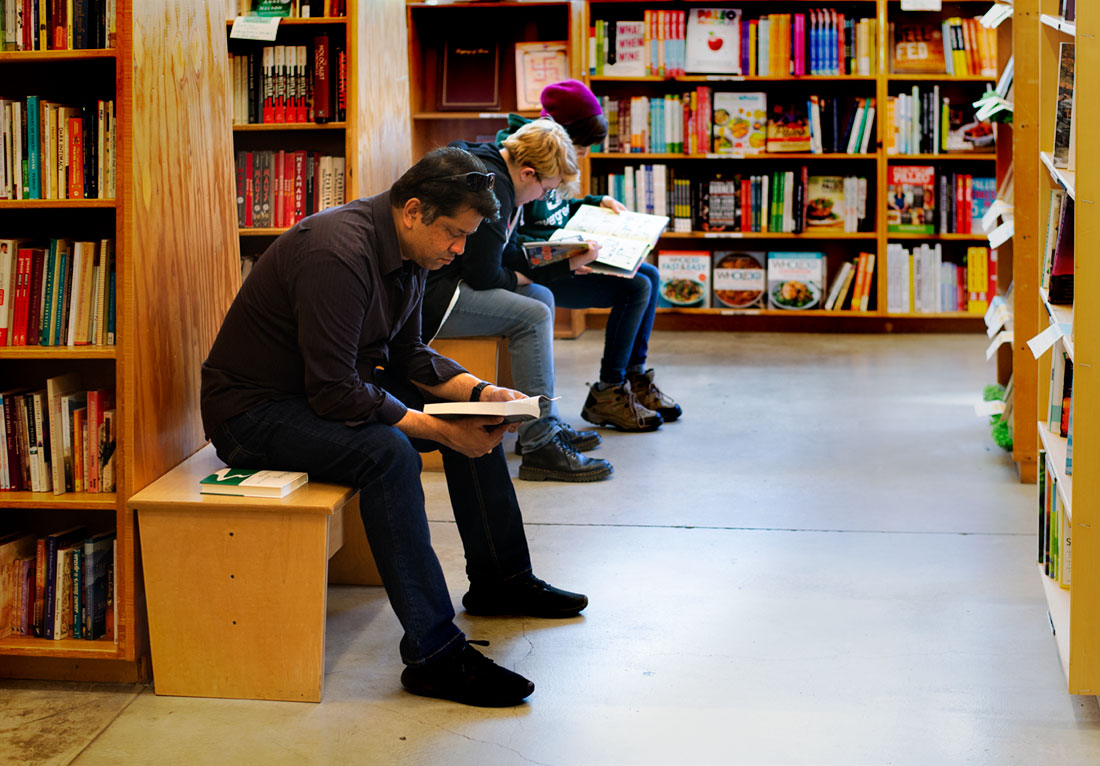 Powell’s City of Books is one of Portland’s top tourist attractions. In a city considered one of the top book-loving ones in the world, the store attracts 8,000 customers a day. Many among them are tourists who head back to their hotels with suitcases full of books. Here are some of the best features of the bookstore: 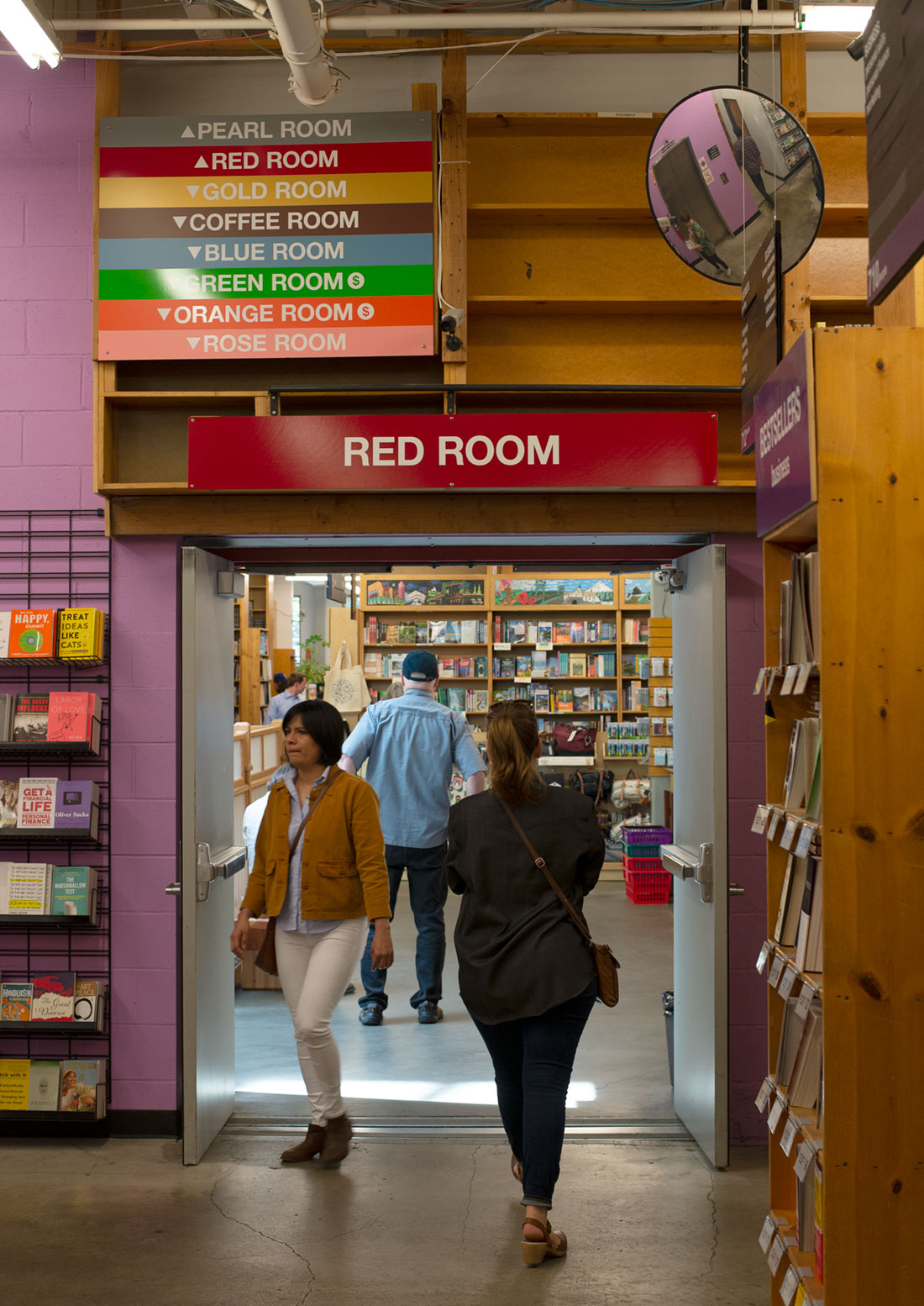 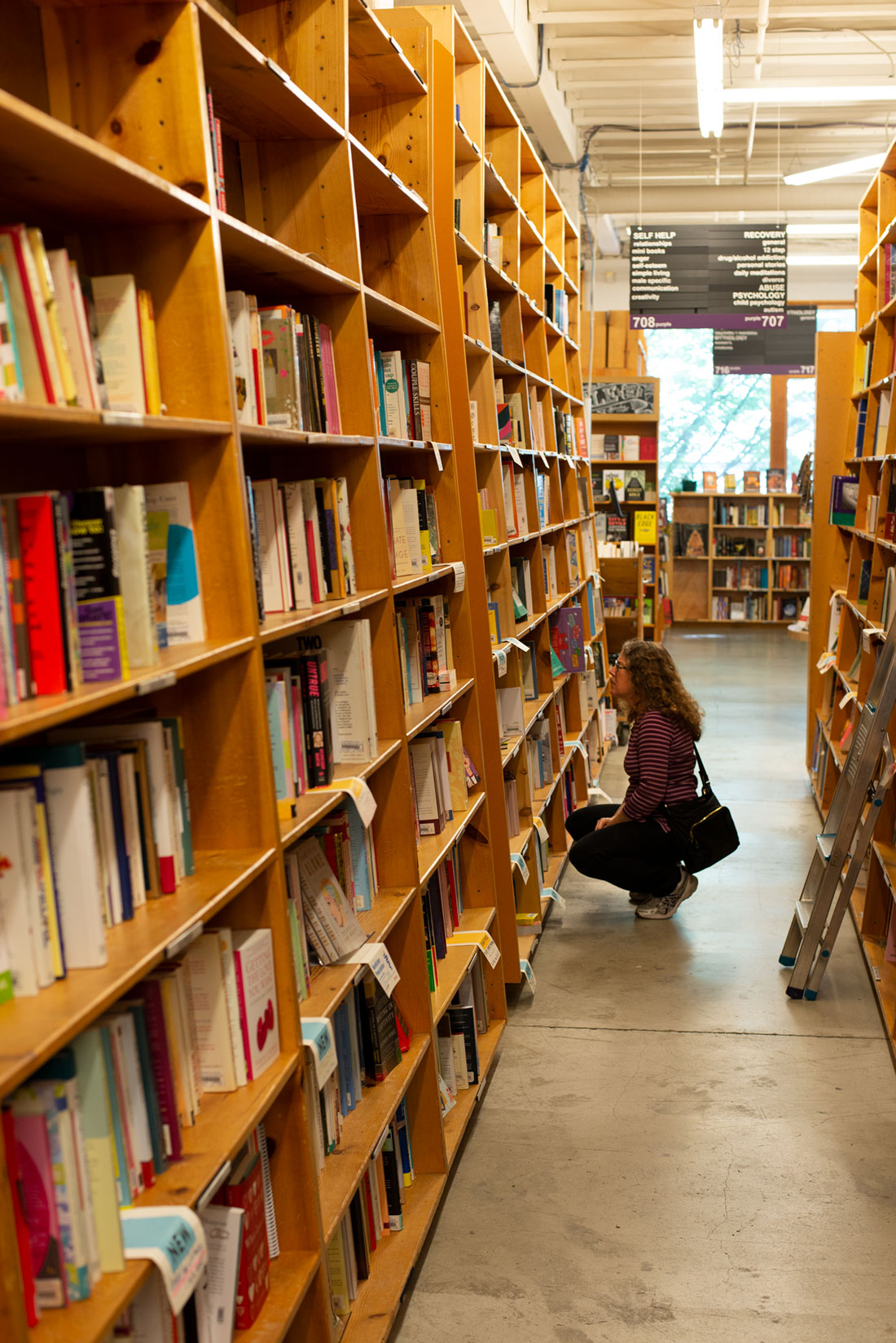 Above, tags point out staff favorites and new books. 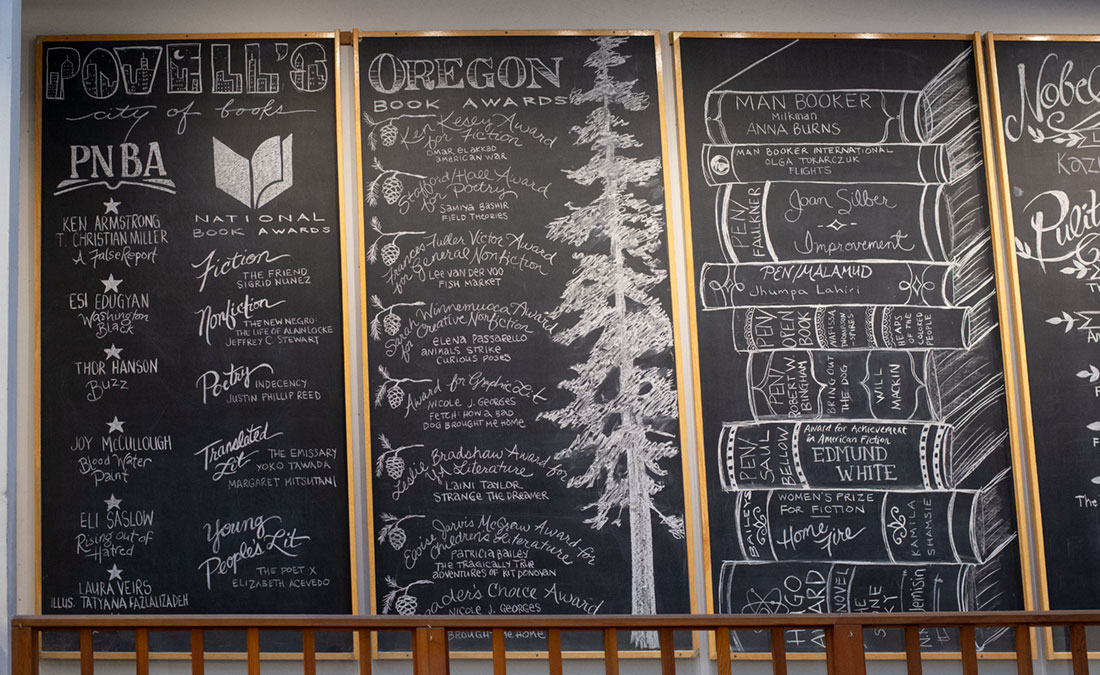 Powell’s has survived and (mostly) thrived through the roller coaster that has been the book industry since it opened in 1971 in Portland. The original owner, Walter Powell, grew the store until moving it to its current location in a former car dealership on Northwest Burnside Street in Portland. It is now in the hands of the third generation of the Powell family. In addition to its showcase City of Books, the company owns several other bookstores in the Portland area and powells.com.

The building has undergone a number of transformations and expansions since then, until it now has more than 68,000 square feet, about 1.6 acres of retail floor space devoted to books. The store buys about 3,000 used books a day.

The store has changed its business model a number of times to accommodate the changing industry. It closed a technical bookstore because people were primarily buying technical books online and has worked with ebook and print-on-demand companies.

Powell’s books aren’t always the least expensive, especially the new ones. It is often possible to get the same book on Amazon for less. However, the used ones generally are a good deal. The bookstore also offers services with which Amazon can’t hope to compete – a chance to see and leaf through books on a wide range of topics before buying, the staff’s help and knowledge,  a welcoming atmosphere, face-to-face customer service and a great place to chill for a few hours. For a book lover, the experience is worth going to Portland for. Some visitors to Portland plan into their schedule an entire free day to spend at Powell’s. After a day of browsing, many leave with a stack of books to spend the evening happily curled up reading. 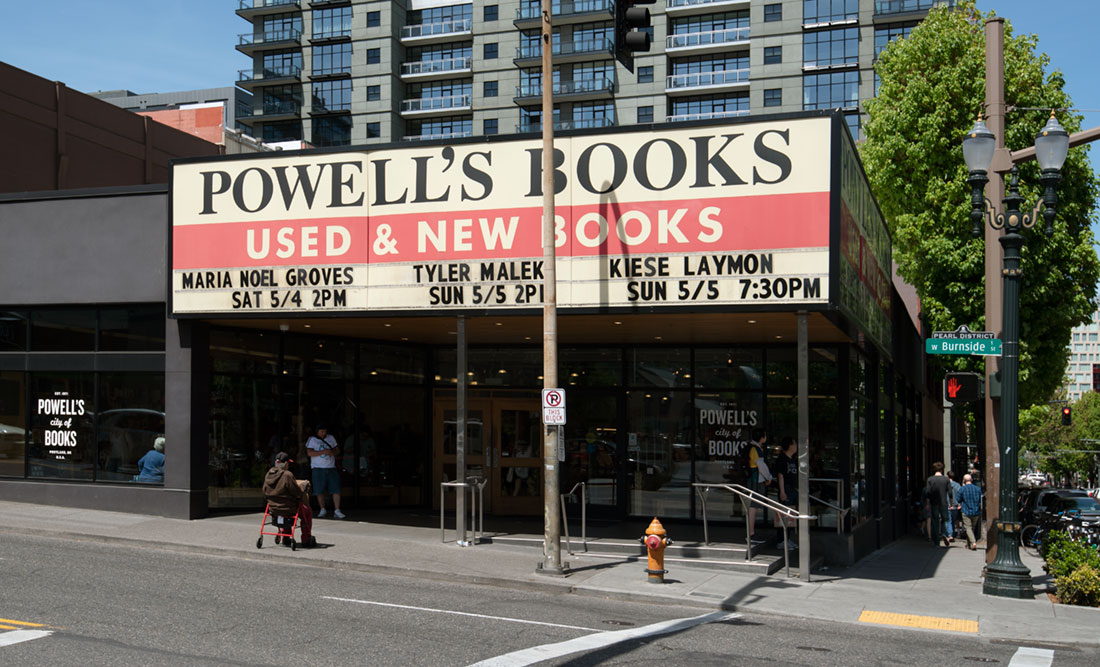 Check out these related apps, books and posts 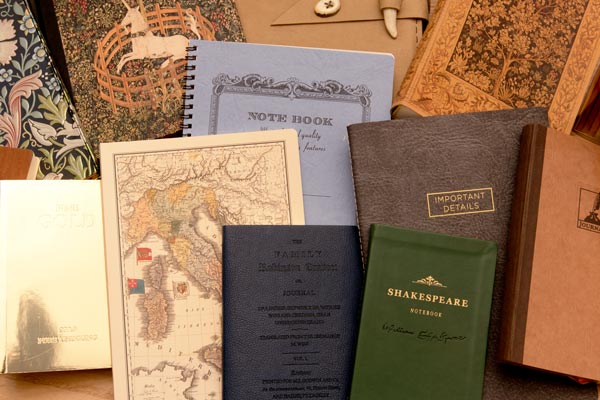 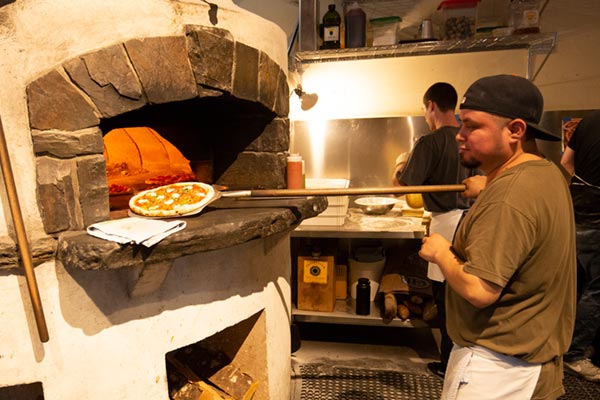