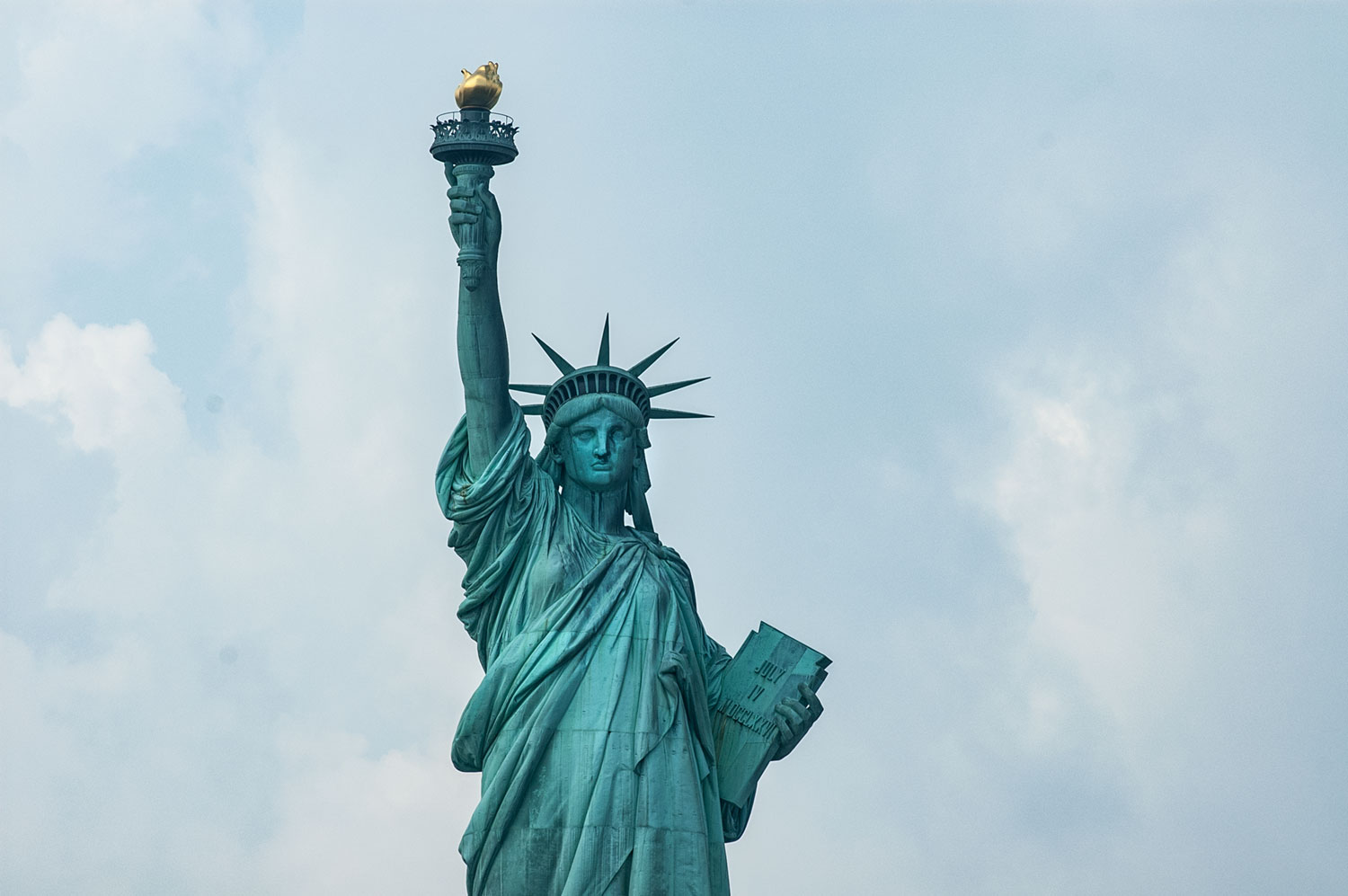 Living in New York City was among the most transforming experiences of our life. We continue to return to the city as often as possible and find that it still opens its welcoming arms to us as it did the first time we walked down its bustling, unkempt, captivating streets. It was in New York, that most atypical of American cities, that I first became truly conscious of what it meant to be an American.

As young journalists, my husband and I inhaled the city, riding the subways, walking the streets for hours and photographing everything interesting that we saw until we had hundreds of photographs of the city. On our days off, we ventured out regardless of the weather, poking into every nook and cranny we could find.

Among the myriad insights that New York City taught me was great big bear-hug gratitude for the opportunities, freedom and diversity of America. New York epitomizes the American dream that with hard work and talent people can achieve their goals in America. 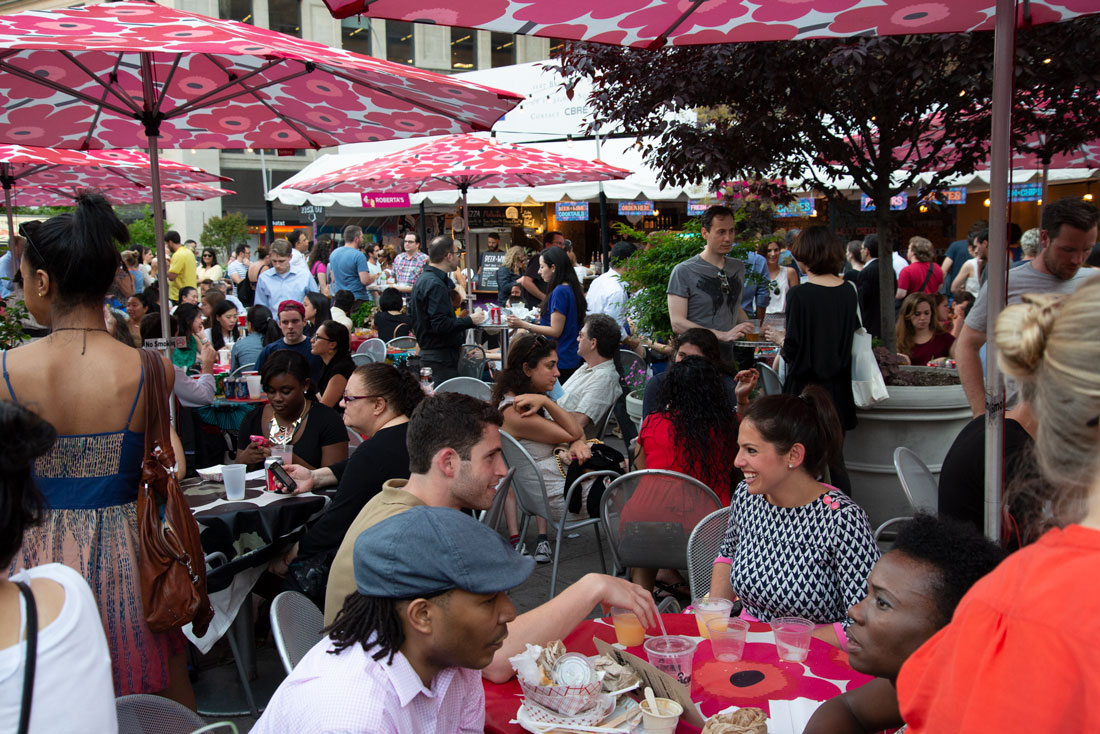 New York is an international hub, one of the most diverse and exciting cities in the world.

As a foreign news editor, I had friends who were artists, models, actresses, opera singers, jazz musicians, Wall Street bankers, surgeons. I loved every minute of living there, even my tired subway rides home in the morning after working an overnight shift when I watched people who were just starting their workday hustle on and off the cars at the stations. It was like being inside a giant organism’s circulatory system. I still return to the city to fill up my well of creativity before plunging back into ordinary life.

Living in New York present was never enough – we delved into New York past as well, photographing historical sites that are significant to the history of America and this remarkable city that has existed since 1609. Here are some of our favorite patriotic sites In New York City:

The Statue of Liberty and Ellis Island

This colossal copper statue on Liberty Island in New York Harbor was a gift from the people of France to the United States. She holds a torch in her right hand and a tabula anseta (tablet with handles) in her left arm, inscribed with "JULY IV MDCCLXXVI," July 4, 1776, the date of the Declaration of Independence. At her feet are broken shackles and a chain. The statue has become an icon of freedom and the United States and the welcomer of immigrants from abroad since its 1866 installation.

The Statue of Liberty and New York Harbor in 2013.

This island in New York Harbor was America’s busiest immigration entry station from 1892-1954. Some 20 million immigrants were processed at the station and either allowed into the United States or detained and turned back. Today about 30 percent of the population of the United States, including me, are descendants of immigrants who arrived through Ellis Island. 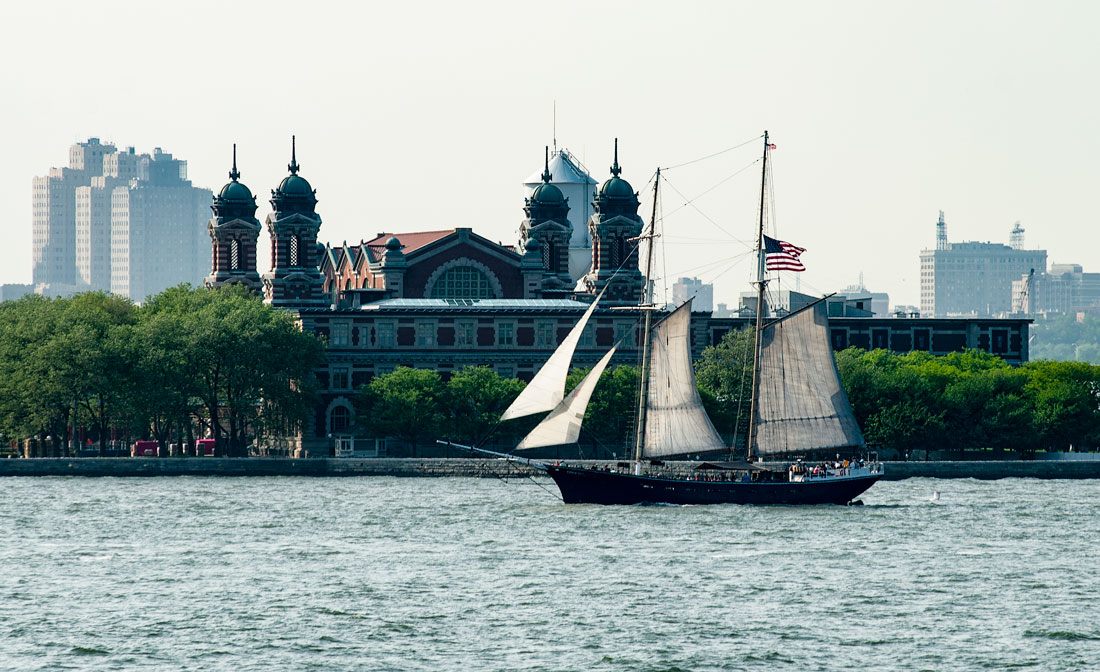 A sailing ship and Ellis Island. 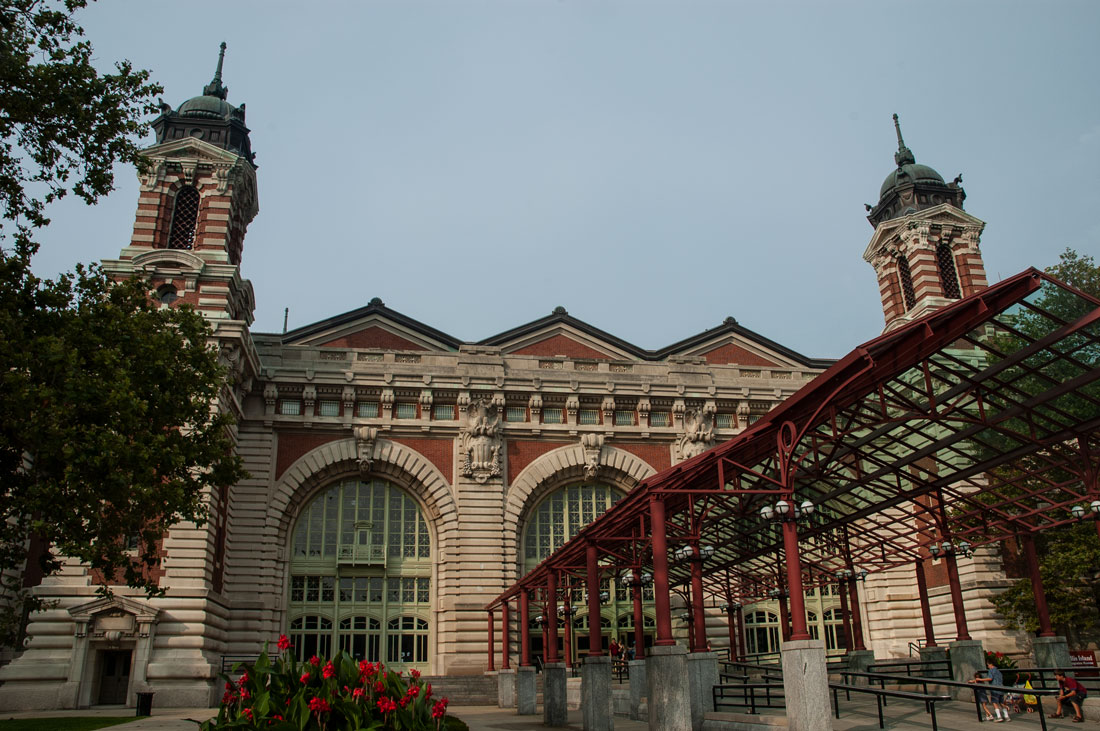 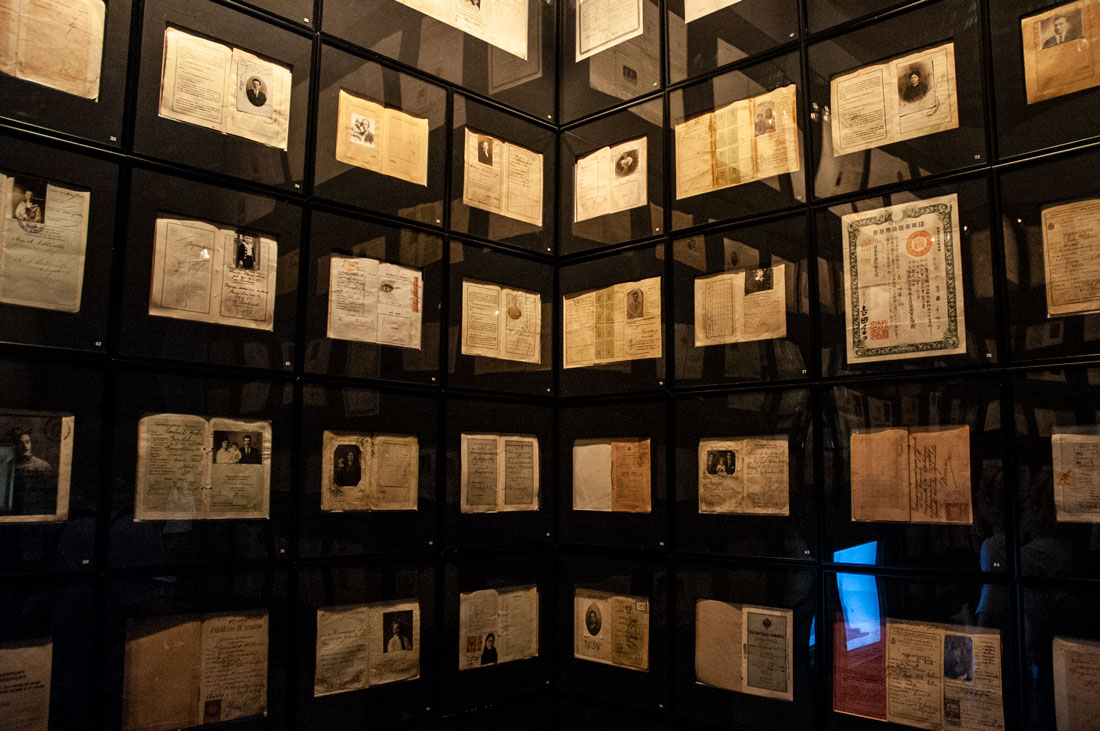 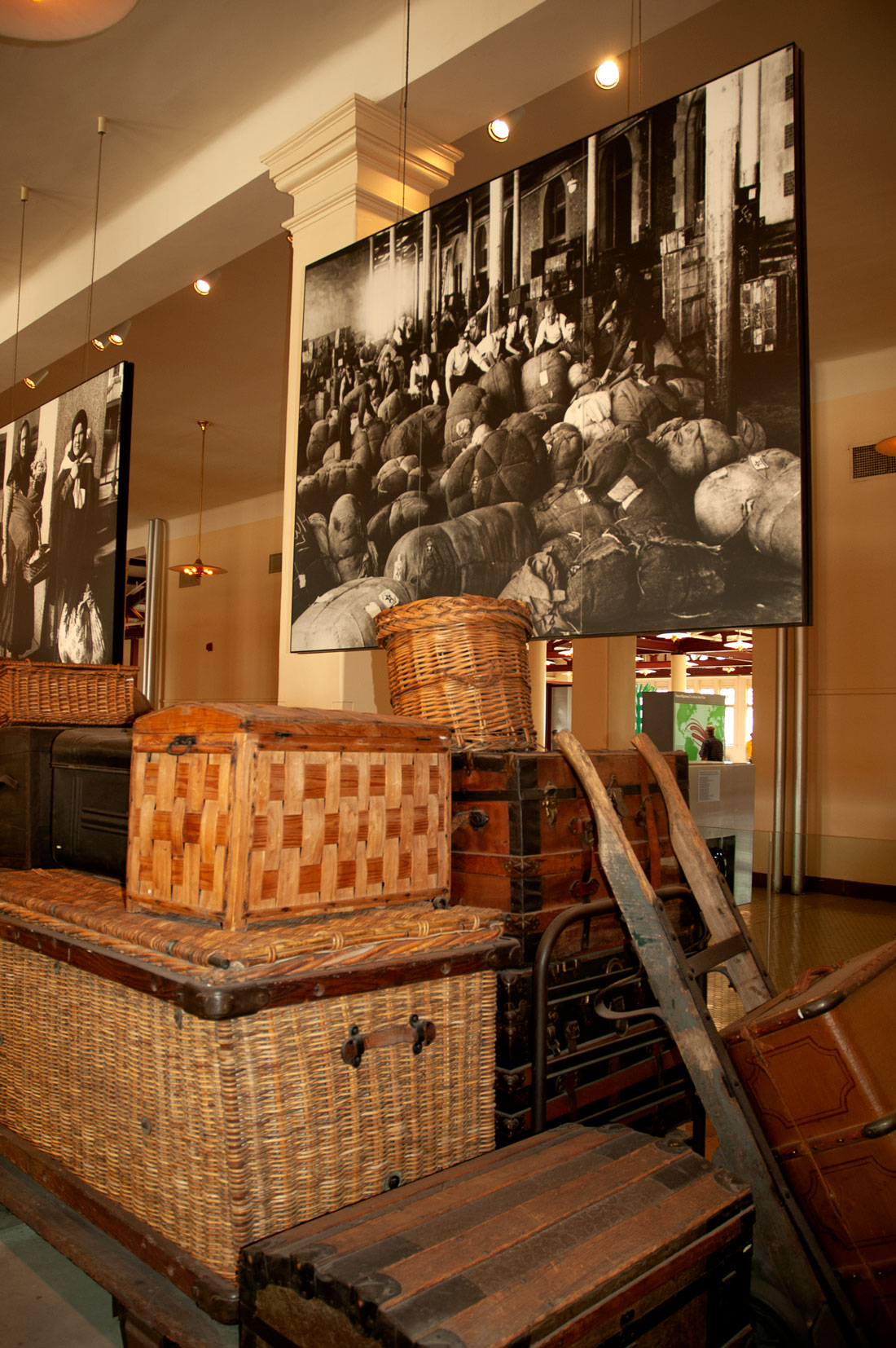 A display of Ellis Island luggage. 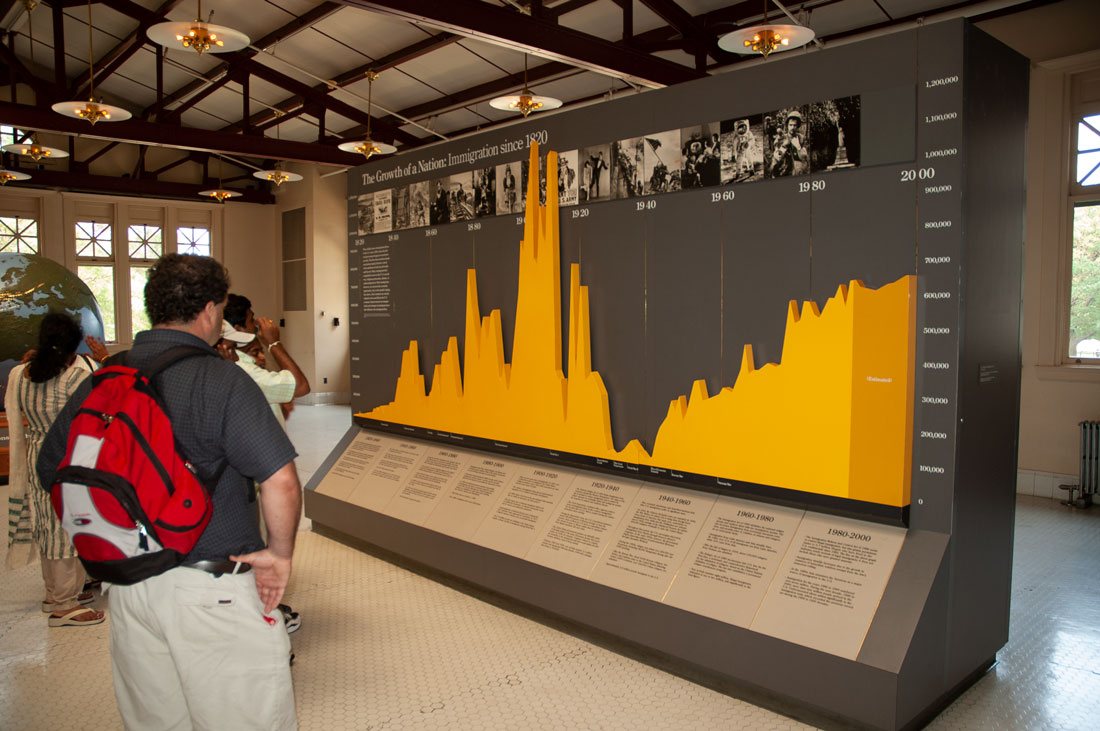 Visitors view a chart showing immigrant trends over the years.

I often visited a friend at the World Trade Center when we lived in New York City and knew people who worked in the buildings. It was with horror and fear that I watched on television the hijacked planes American Airlines Flight 11 and United Airlines Flight 175 crash into the two main towers of the World Trade Center. The attack by Al-Qaeda killed 2,606 people, including 2,192 civilians, 343 firefighters, and 71 law enforcement officers.

The city and country vowed to rebuild the towers and have rebuilt several, including one called the Freedom Tower, which has an antenna 1,776 feet high in reference to the year 1776. A memorial at Ground Zero honors the victims of the attacks and a 1993 World Trade Center bombing. Pools of water fill the original footprints of the twin towers, and walls are inscribed with the names of the victims. The memorial opened on September 11, 2011. 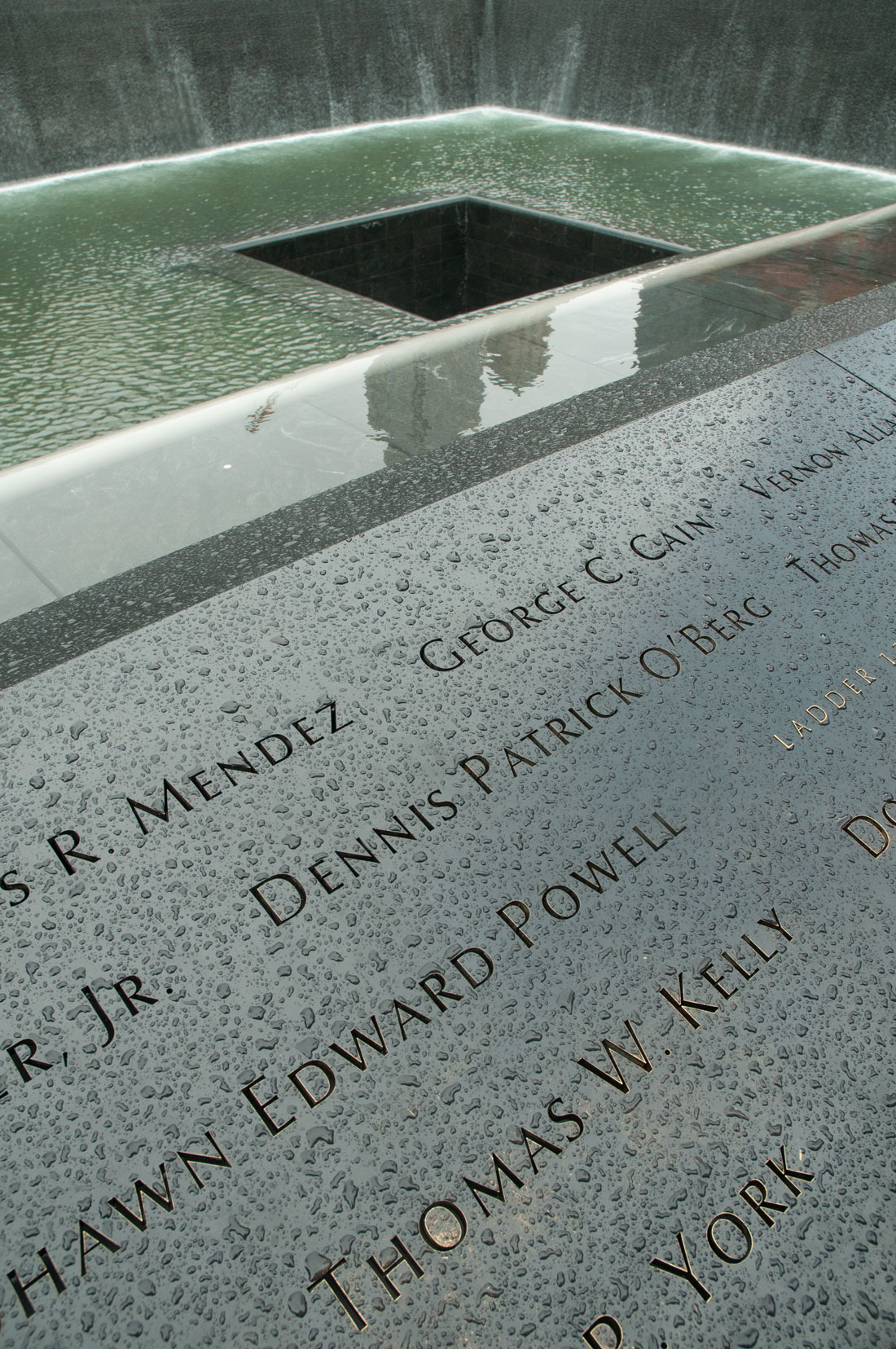 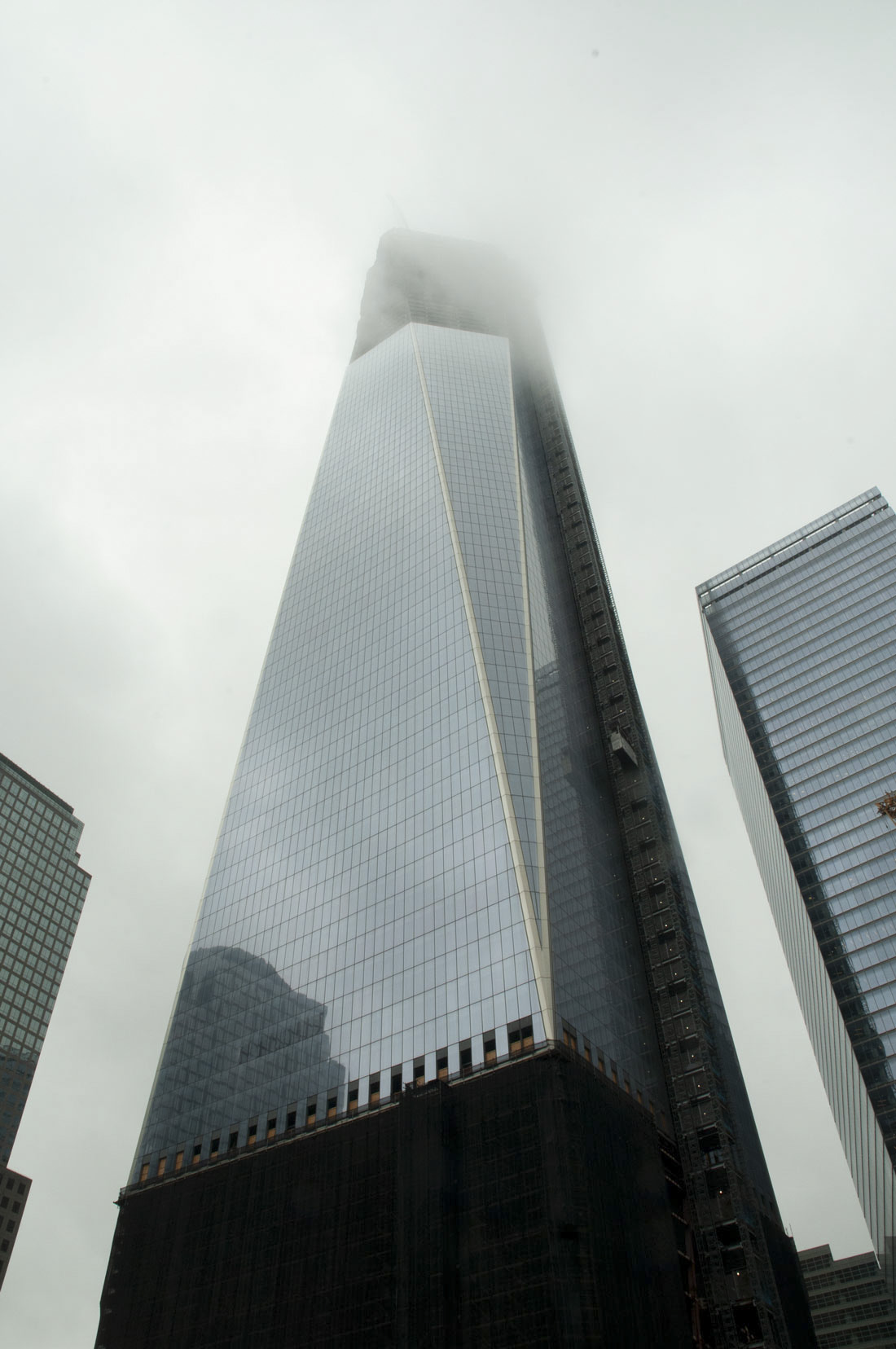 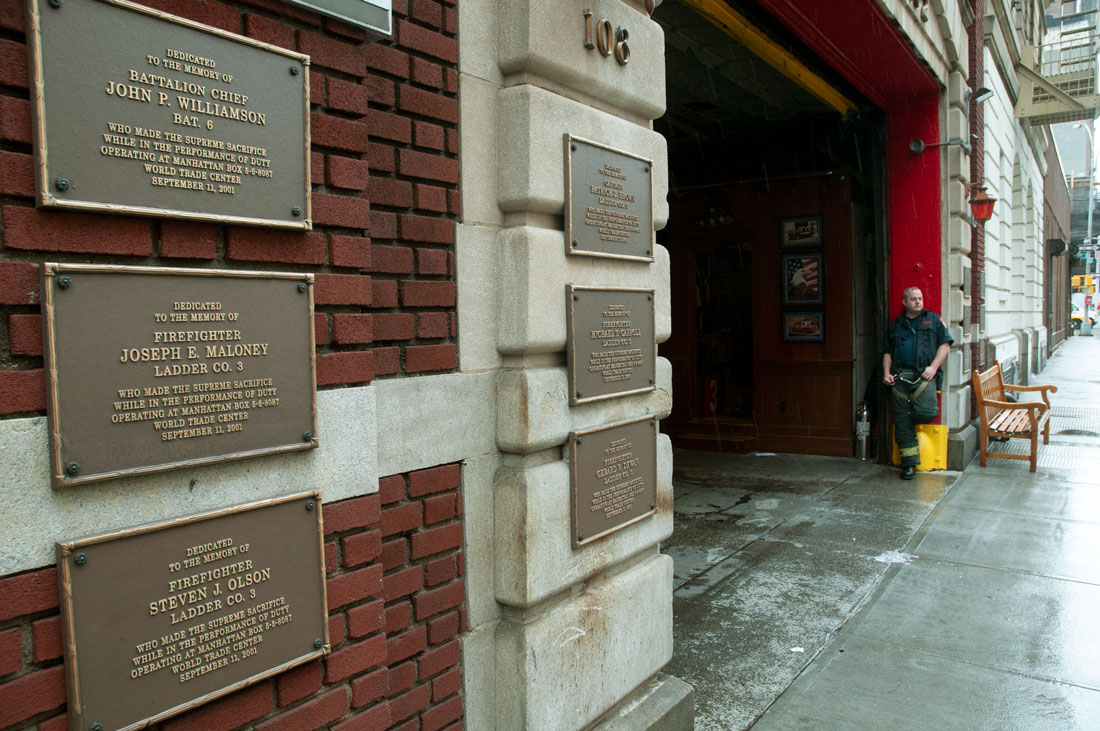 Firehouse in New York where several firefighters who were killed in the attack worked.

This chapel was first built in 1766 and is the oldest buiiding in New York City that has been in continuous use. It survived the 1776 New York City Fire in which a quarter of the city burned after the British capture of the city. George Washington and members of the U.S. Congress worshipped at St. Paul’s Chapel on his inauguration day on April 30, 1789, and he attended services there during the two years that New York City was the nation’s capital. 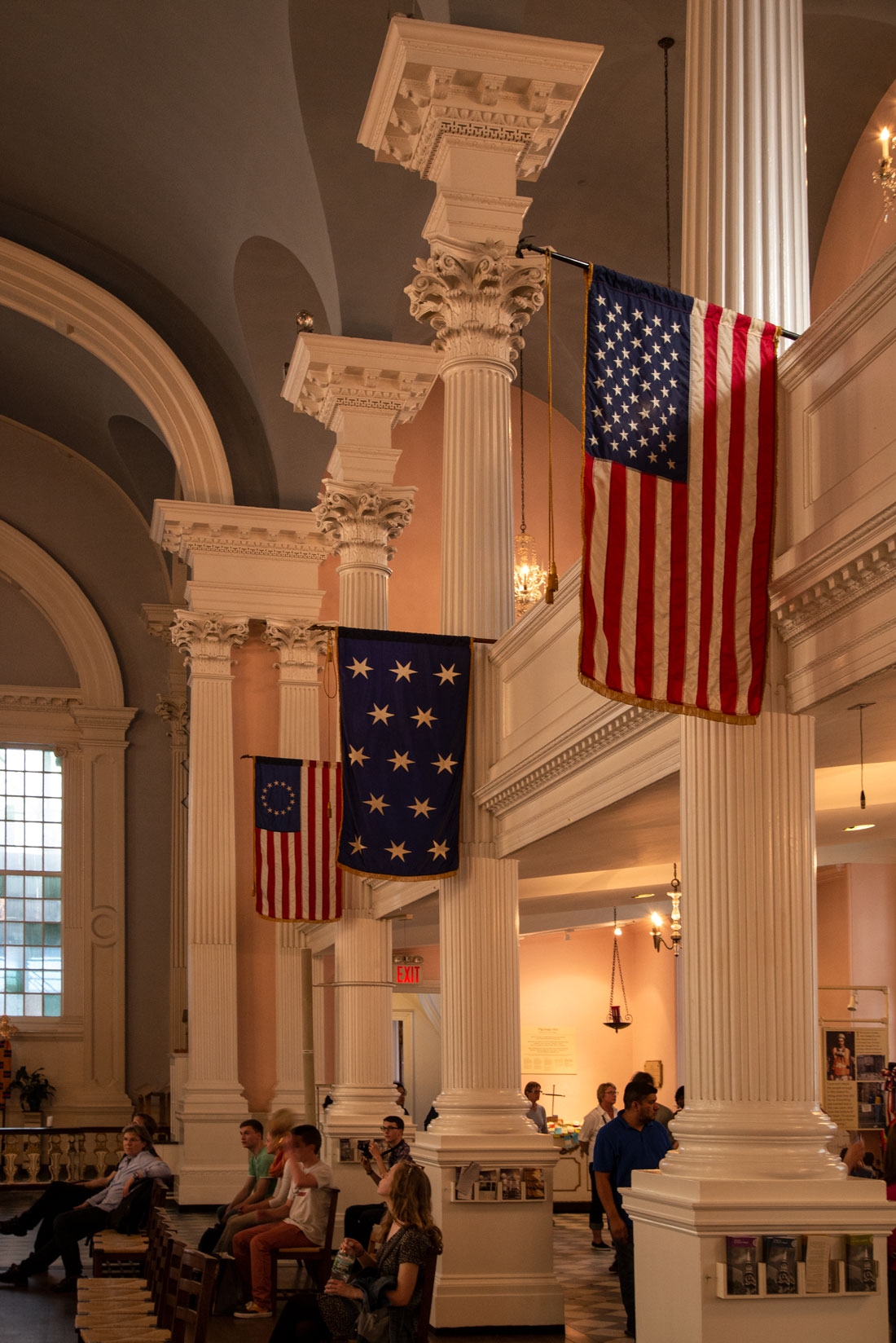 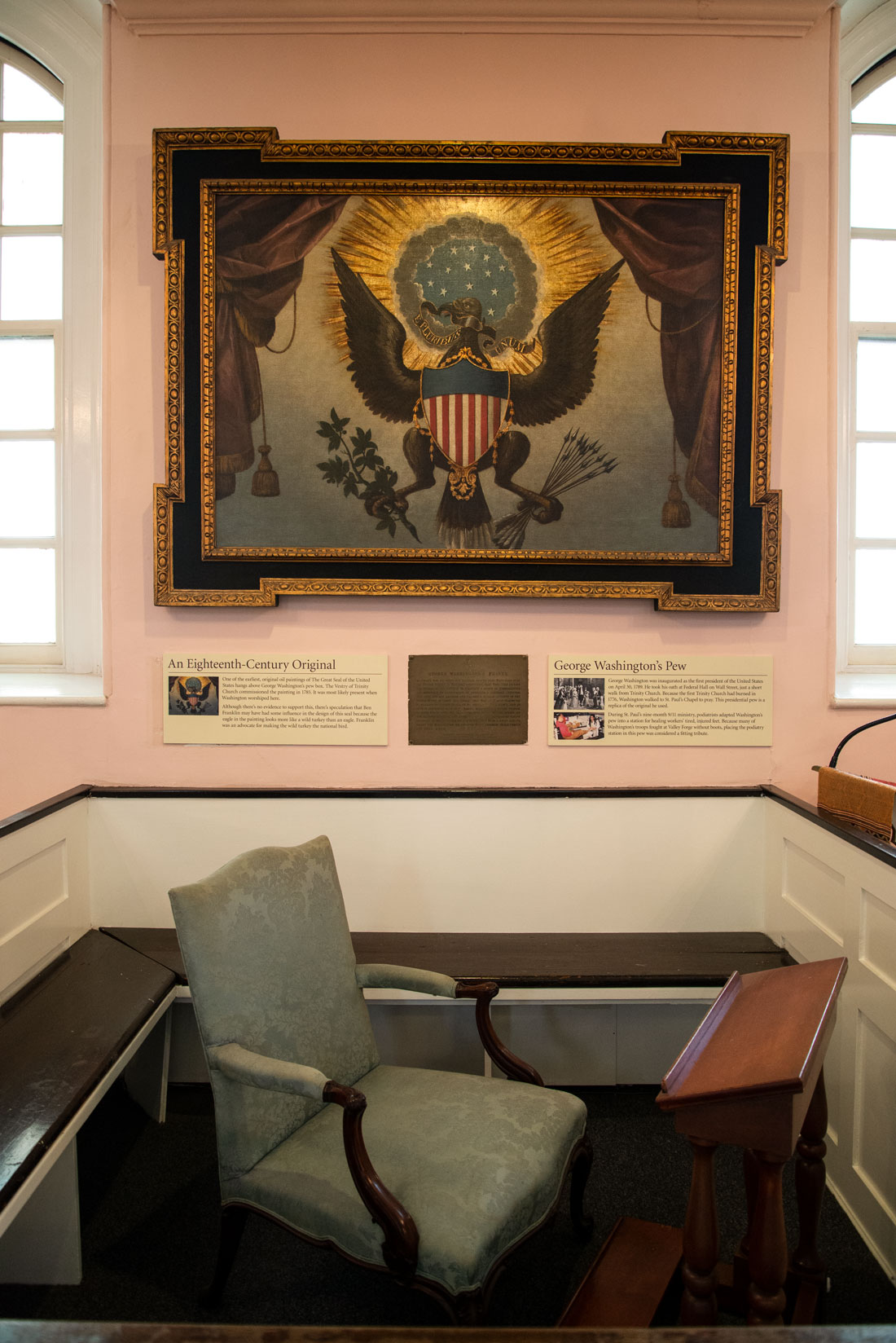 An 18th-century painting of the Great Seal of the United States, adopted in 1782, hangs above Washington’s pew in the church.

After the attacks on Sept. 11, 2001, St. Paul’s Chapel was a rest area for recovery responders working at the World Trade Center site. For eight months, volunteers working 12-hour shifts served meals, provided beds, counseling and praying for the fire fighters, construction workers, police and others working at Ground Zero. 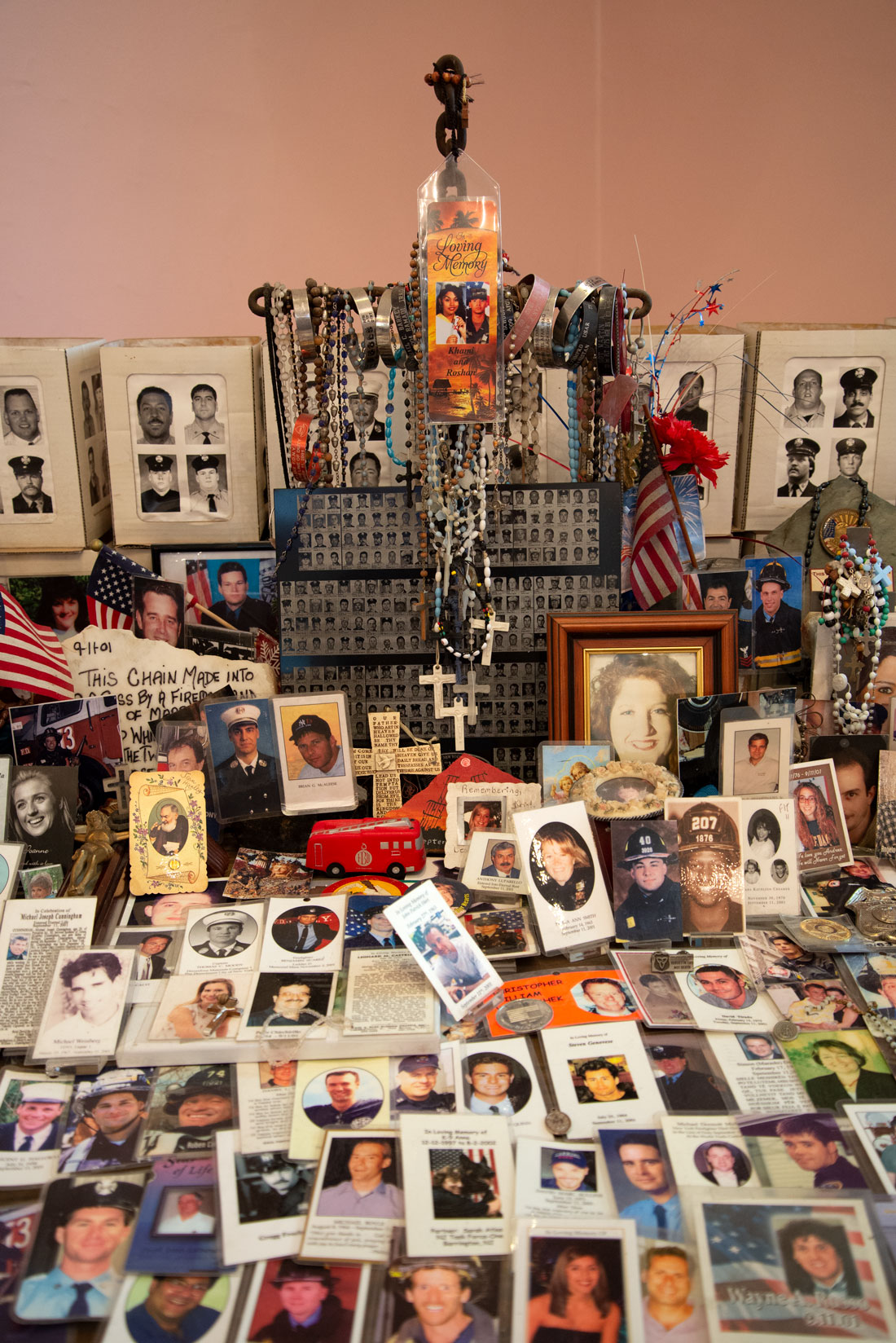 Memorial photos at the church.

The church was spared because a sycamore tree took the brunt of the debris that fell during the attack on the World Trade Center. The chapel became a site for people to leave memorials after the attack and had continued to be a memorial site for it.

Trinity Church originally was built in 1698. It was the British military and poltical base of operations in North America until it burned in a fire in 1776. It was rebuilt in 1788, and President George Washington and members of his government including founding fathers Alexander Hamilton and John Jay worshipped there.

It was rebuilt after snow damage in 1839 and was the tallest building in America until 1869.

People took refuge in the church during the September 11 attacks. 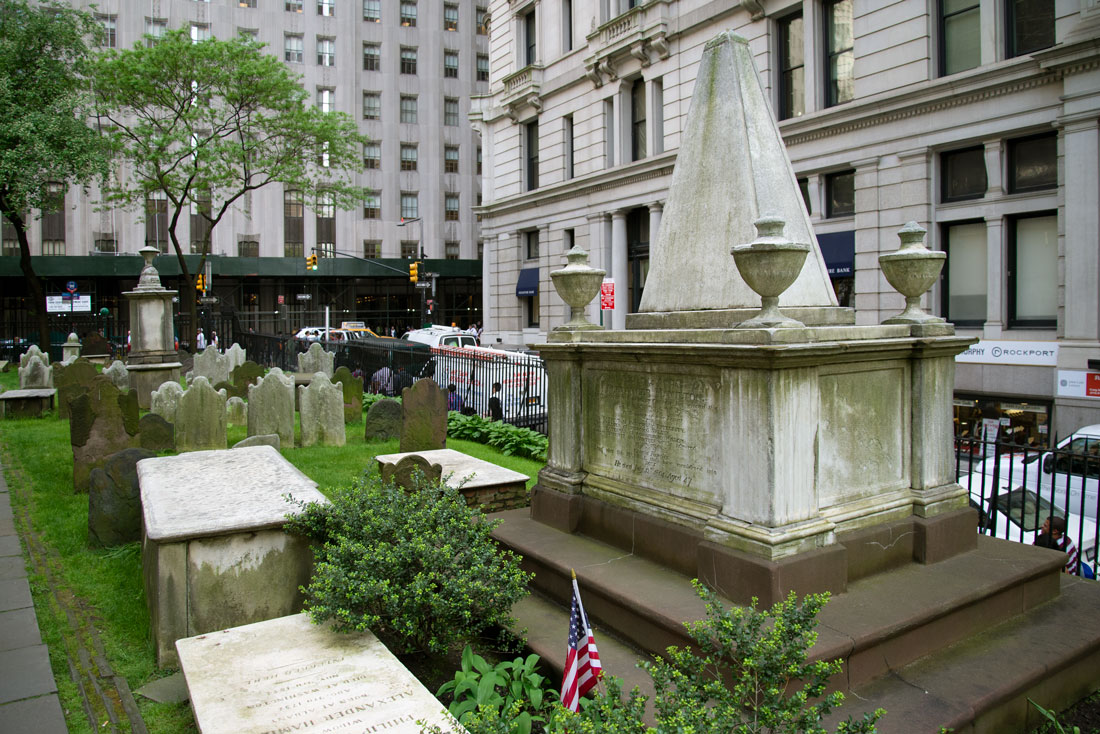 Trinity churchyard at Wall Street and Broadway is where Alexander Hamiliton (whose tomb is shown above) and a number of others prominent Americans are buried.

This building was built in 1719 at 54 Pearl Street. It was a center of the community where people would gather to exchange news and ideas, and many New York organizations held meetings there. In 1783, the American patriots captured the city from the British. George Washingon dined at the Tavern while his troops occupied the city. It was there that Washington bid farewell to the officers of the Continental Army before he left for Mt. Vernon and they for their homes.

He lifted his glass and said to the officers: "With a heart full of love and gratitude I now take leave of you. I most devoutly wish that your latter days may be as prosperous and happy as your former ones have been glorious and honorable." 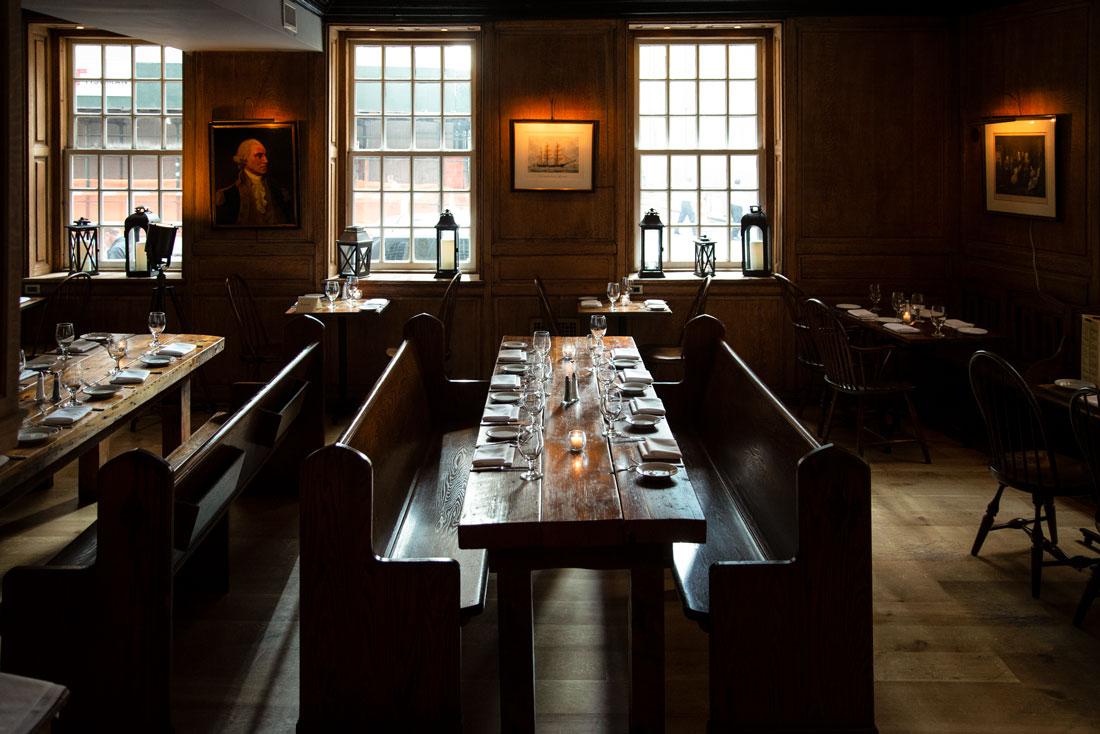 The tavern was leased to the Continental Congress for use by the Department of Foreign Affairs in 1785 and later to the War Department and Treasury.

The tavern was restored to its 18th century appearance in the early 20th century and opened as a museum and restaurant.

More than any historical site, however, the streets of New York with their diverse crowds are a testimony to the city’s role in harboring people from over the world who are seeking opportunity and freedom, regardless of their ethnic background or religion. 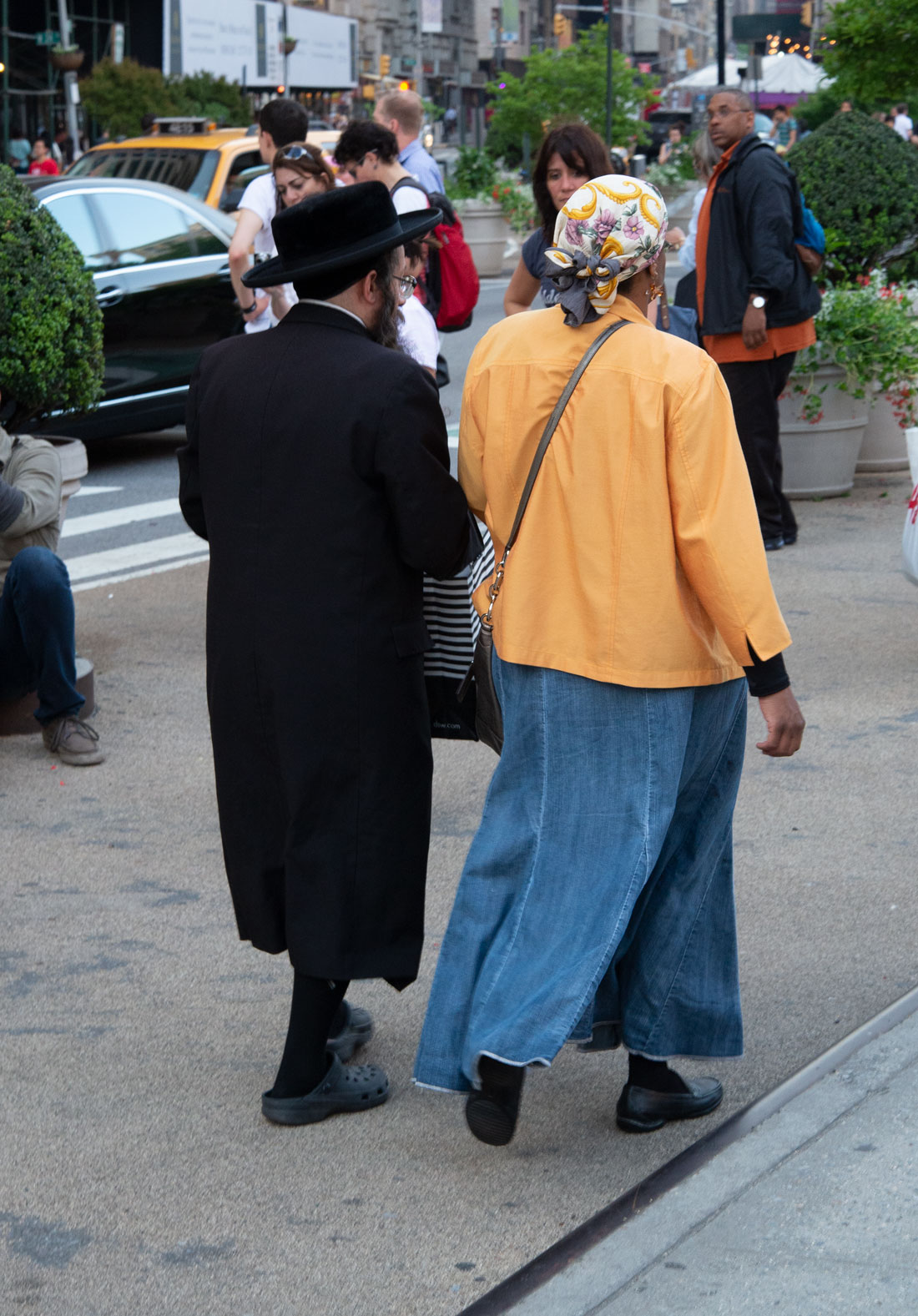 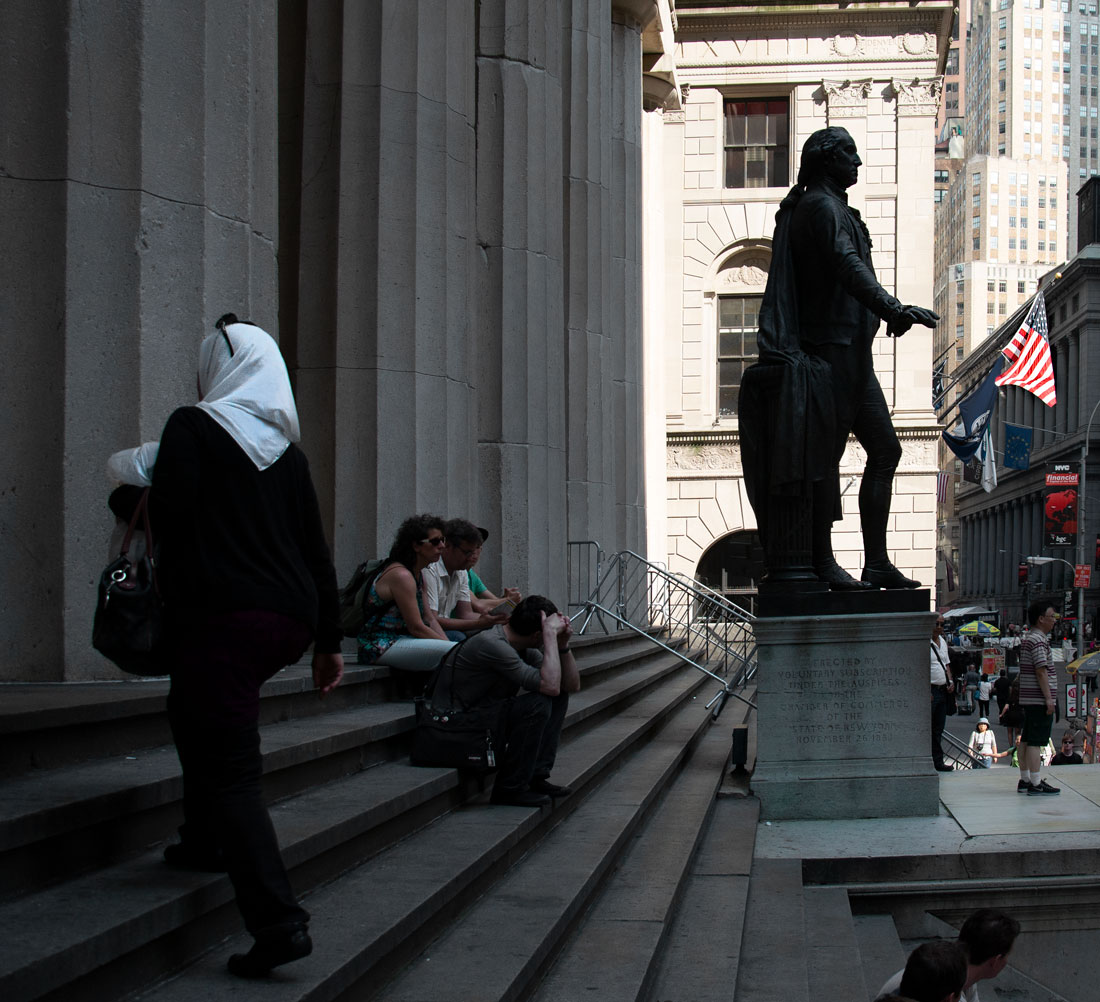