Photos by Forrest Anderson; painting in the public domain.

Last week, we addressed the history of China's most famous painting, Along the River during the Qingming Festival (Qingming Shang He Tu). Today, we look at the content of the painting itself and why it has resonated over the centuries and still is so popular today. The painting captures some of the most iconic and enduring features of traditional Chinese culture and life. These features endured into the 21st century, and traces of many of them can be seen in China today.

Some have faded in a single generation as China plunged headlong into modernization and transformed into a nation of high rises and high tech.

The photos were captured by photographer Forrest Anderson over more than a decade in an on-going project to preserve images of traditional Chinese life before they vanished.  Sections of the Qingming painting that depict these aspects of life 800 years ago are numbered and shown along with modern photos depicting similar scenes. 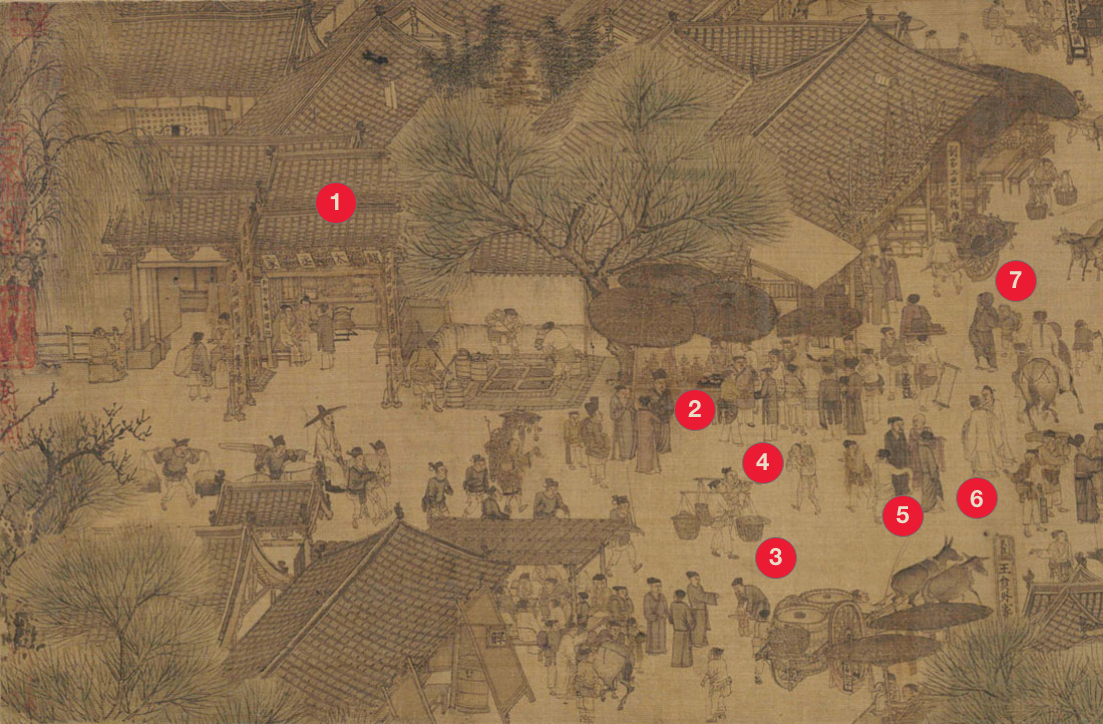 1. Undulating tile rooftops of traditional courtyard homes, Beijing, China. These graceful old homes have disappeared by the thousands as they have been replaced by high rise apartments all over China. 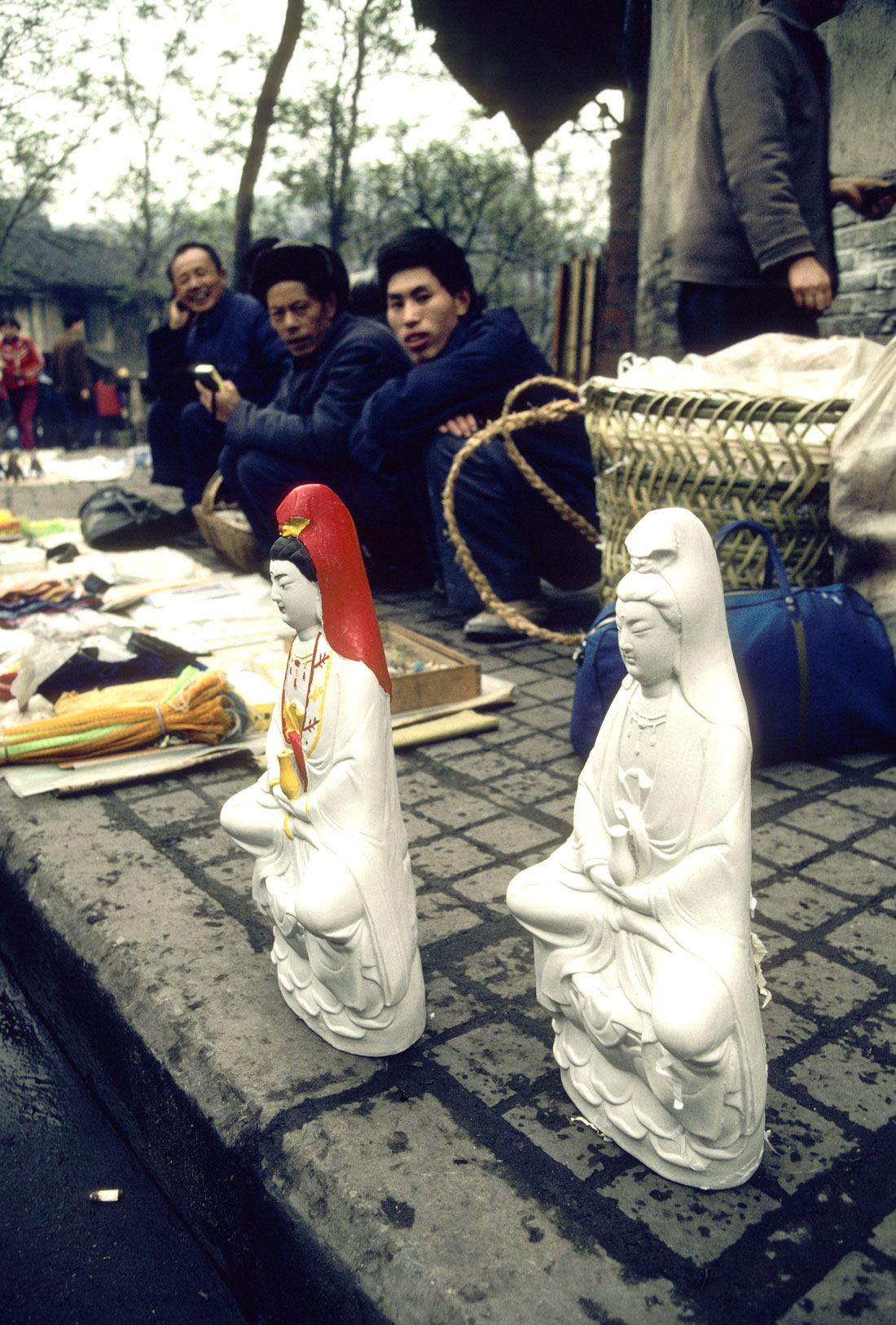 4. Man carrying a baby on his back in a basket along with other goods, Beijing, China. 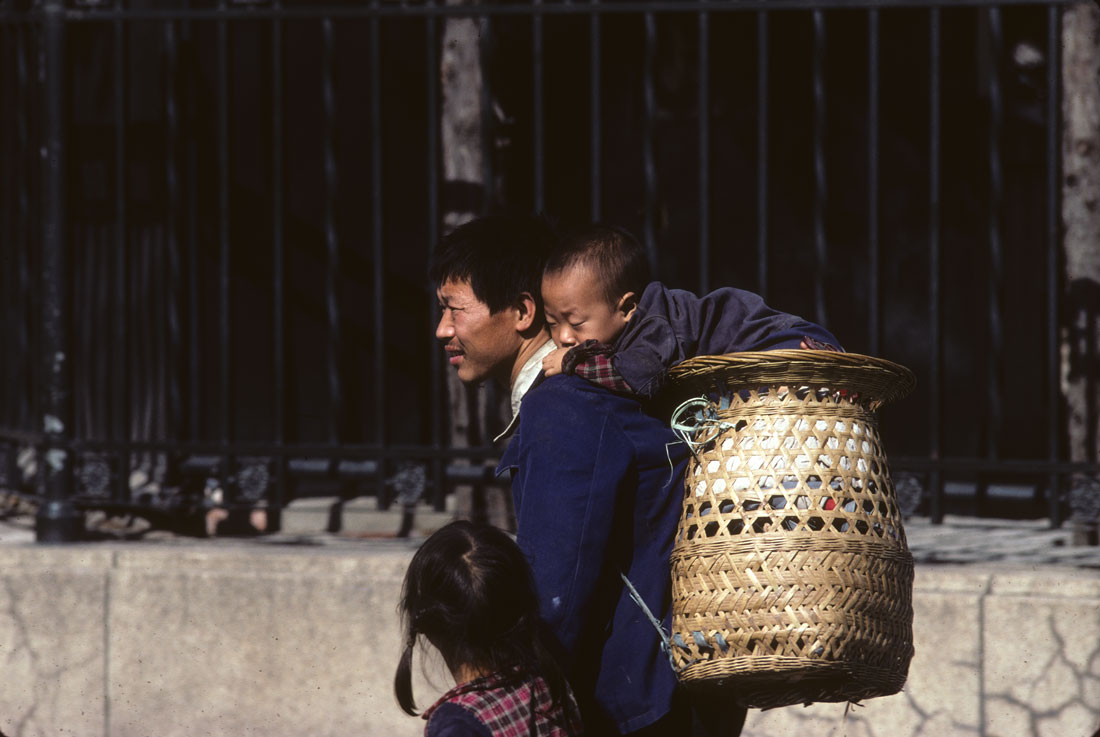 5. A Buddhist monk at the Lama Temple, Beijing, China. Buddhism has endured in China and still is the country's most popular religion. 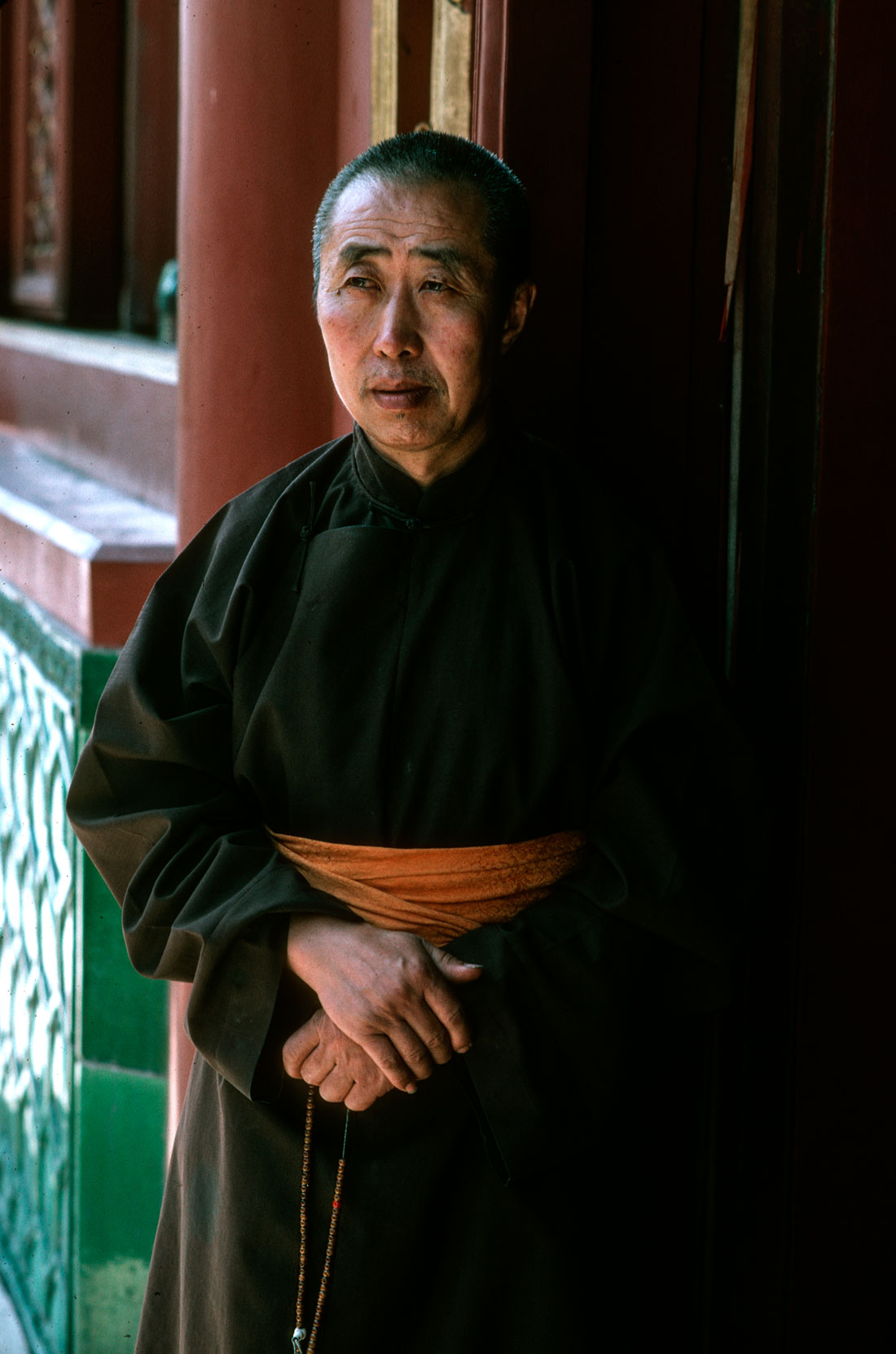 6. Daoist priests, Beijing, China. While Daoism has fewer adherents than Buddhism, it continues to have a profound influence on Chinese culture and thought. 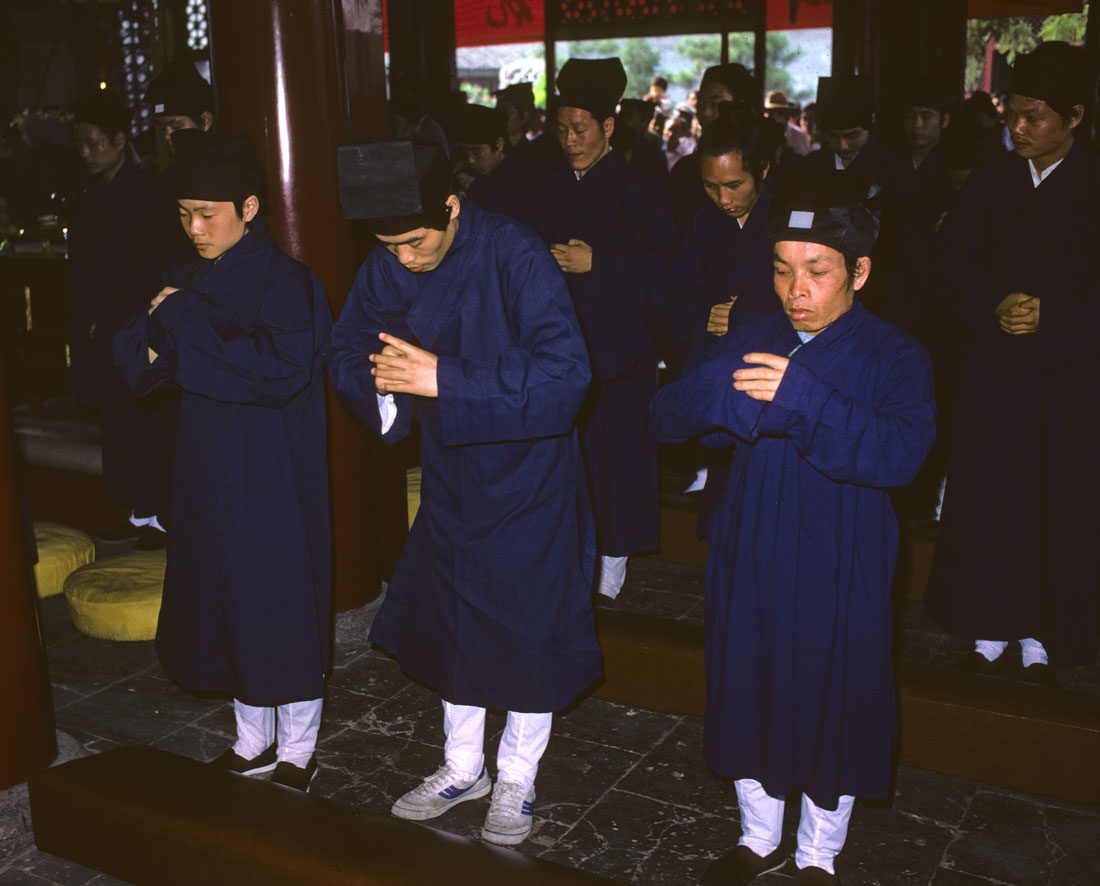 7. Woman having a nap behind a fan, Beijing, China. Fans held over the face have long been a signal in China that people don't want to be approached. In recent years, masks have taken on a similar meaning in addition to being a means of protection from disease or pollution. 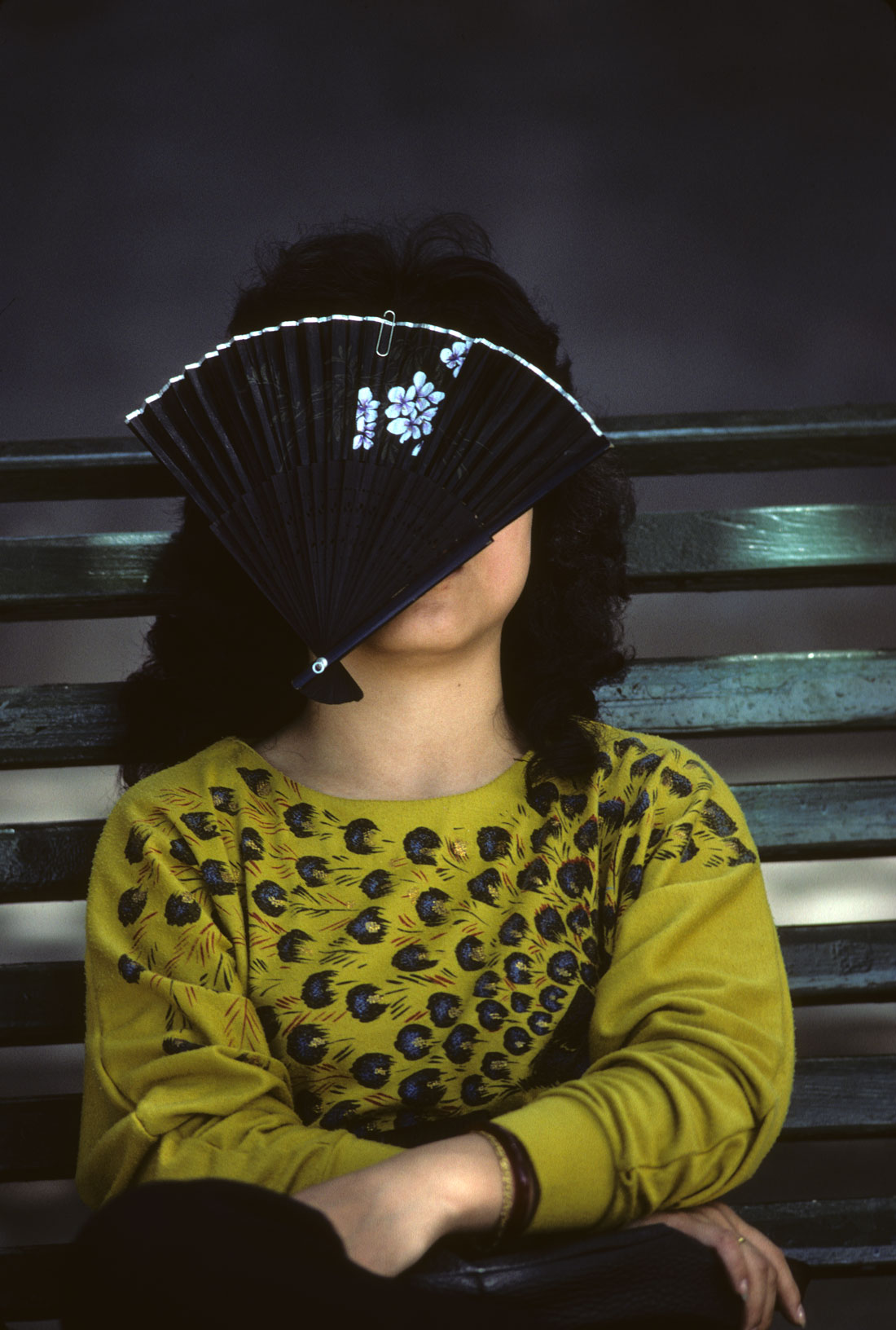 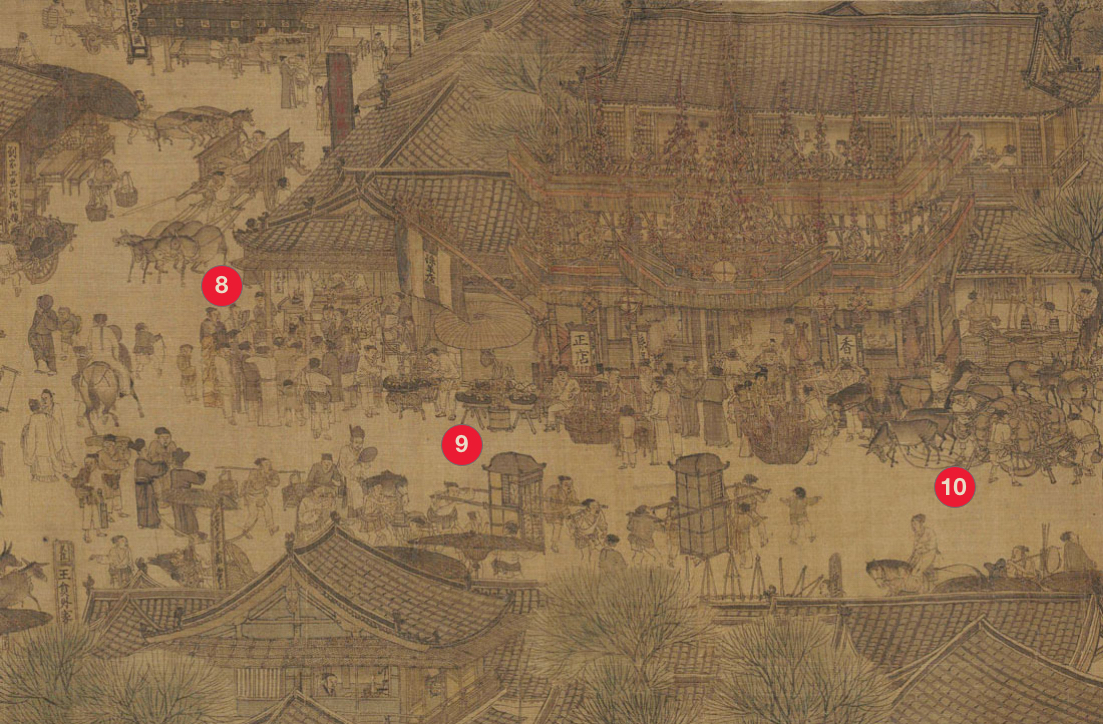 8. A storyteller entertains in a teahouse, Chongqing, China. 9. Vendor sells spices, Xichang, China. Street vendors were suppressed during the 1960s and most of the 1970s, but reemerged strongly in the 1980s and became the foundation for China's now-thriving private sector. 10. A string of donkey carts hauls bricks for a construction project, Beijing, China. Using donkeys for transportation was common up until the early 2000s, but is seen mainly in remote areas today. 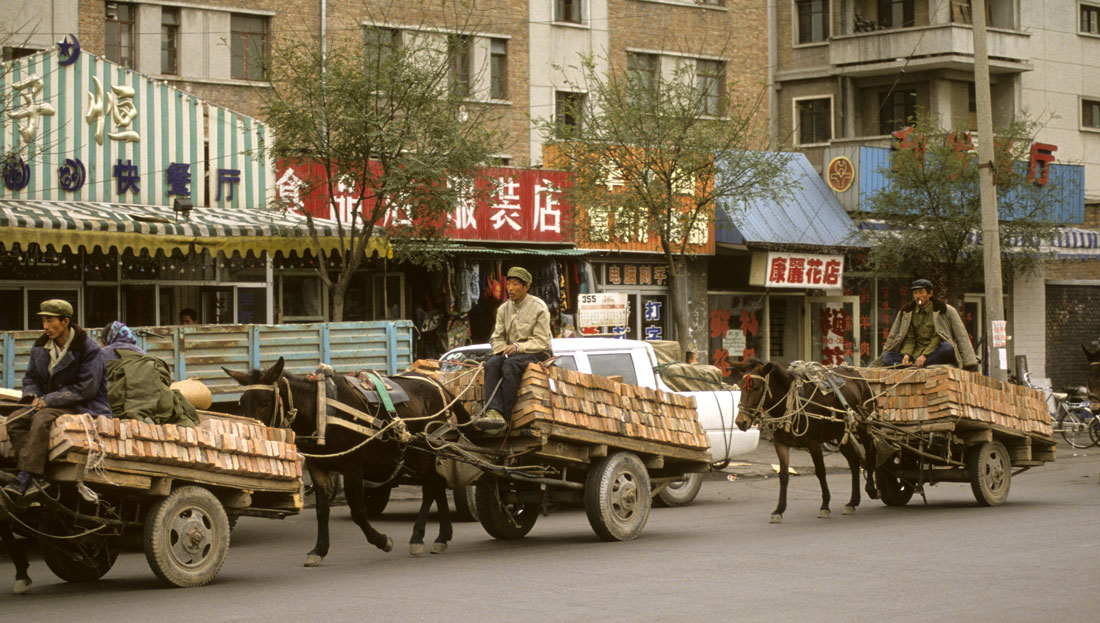 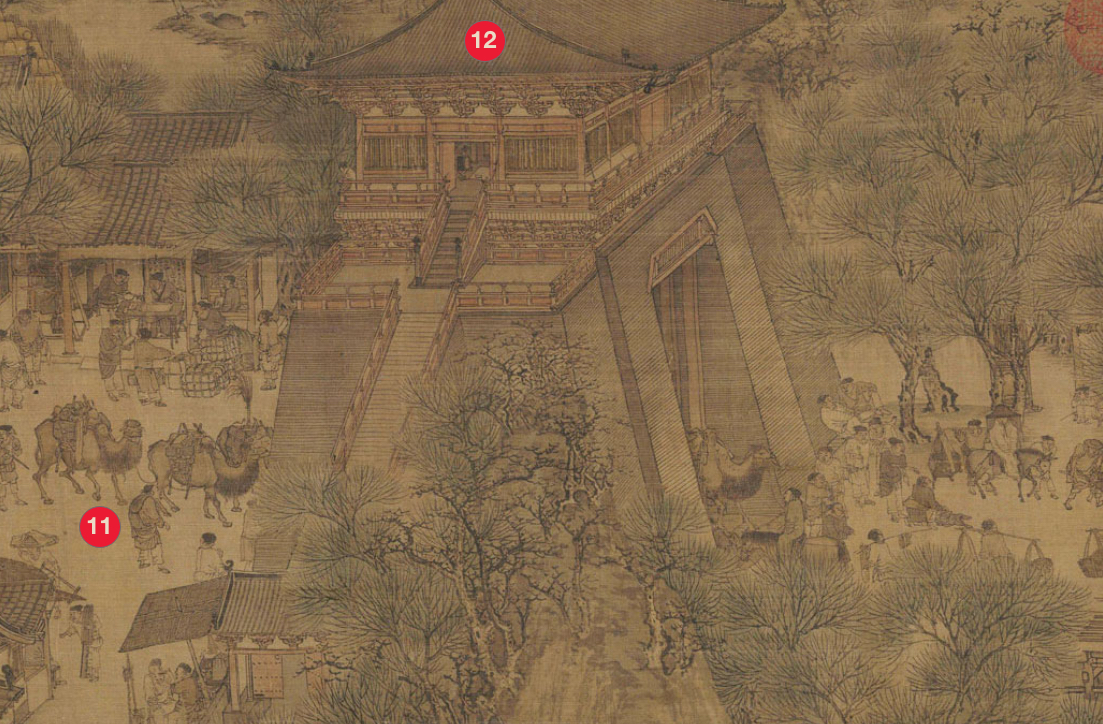 11. Camels, Guilin, China. Camel caravans once played a major part in China's trade networks. Today, they still can be seen at many historic sites. 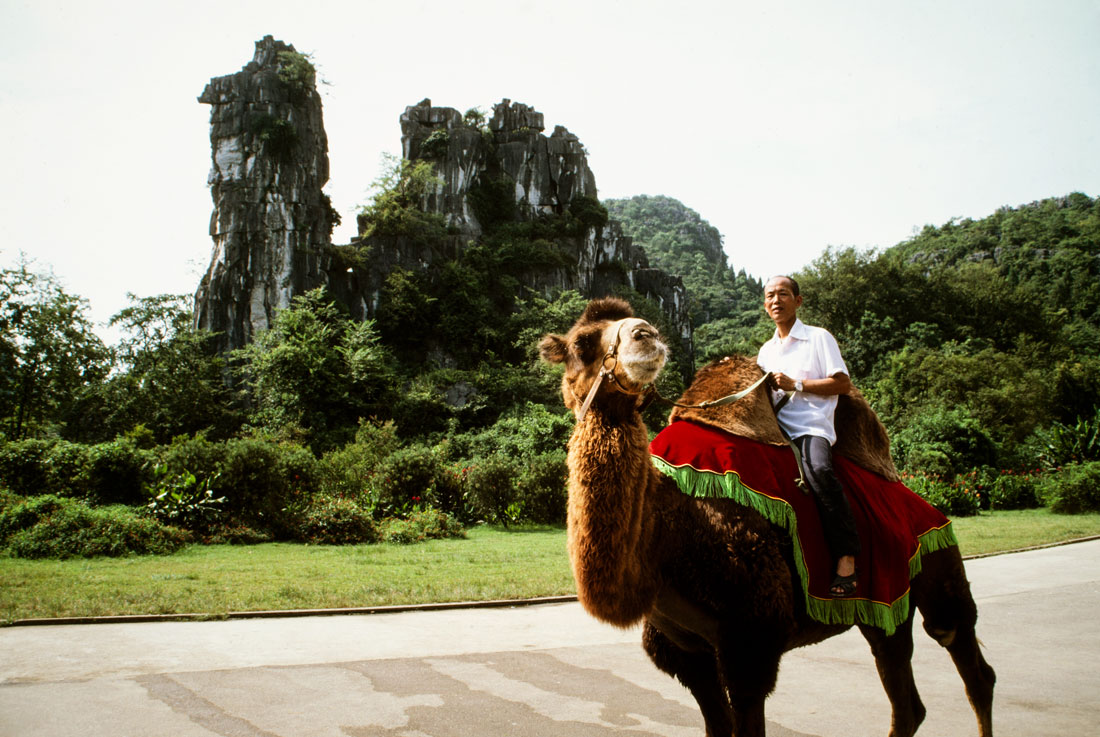 12. Almost all Chinese towns and cities and many villages once were walled, stretching out over the landscape in a network that defined trade routes and imperial reach. Today, most of these walls and their massive gates are gone. In Beijing, the Front Gate (Qianmen) remains as a historical landmark, but the walls are long gone. 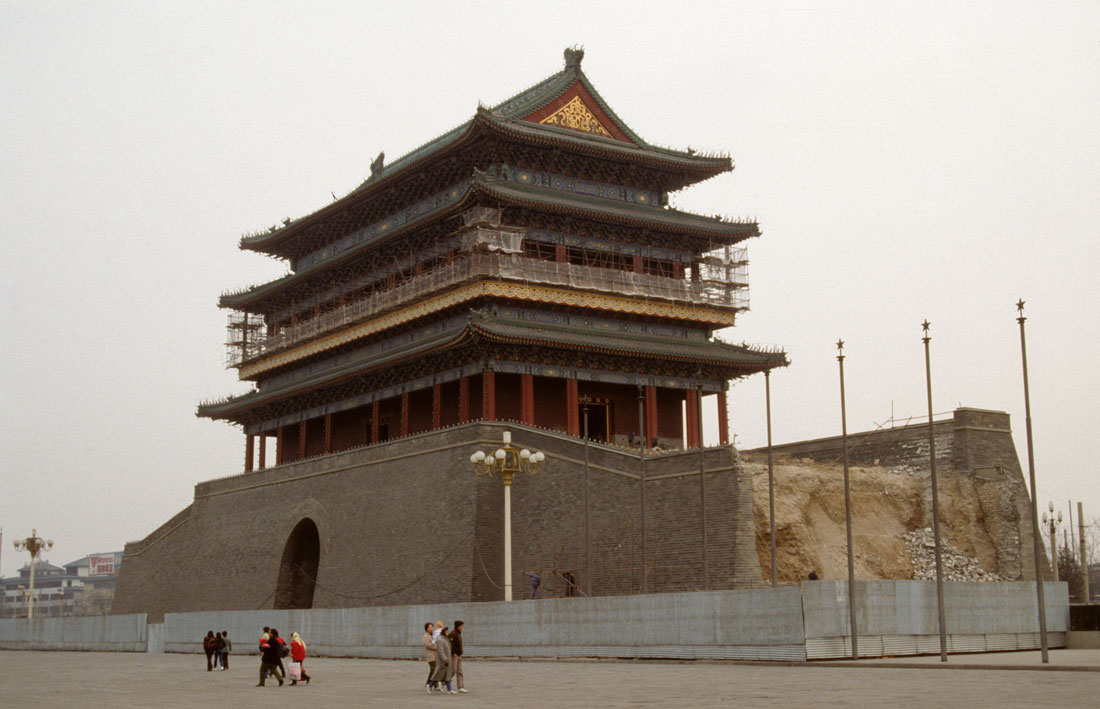 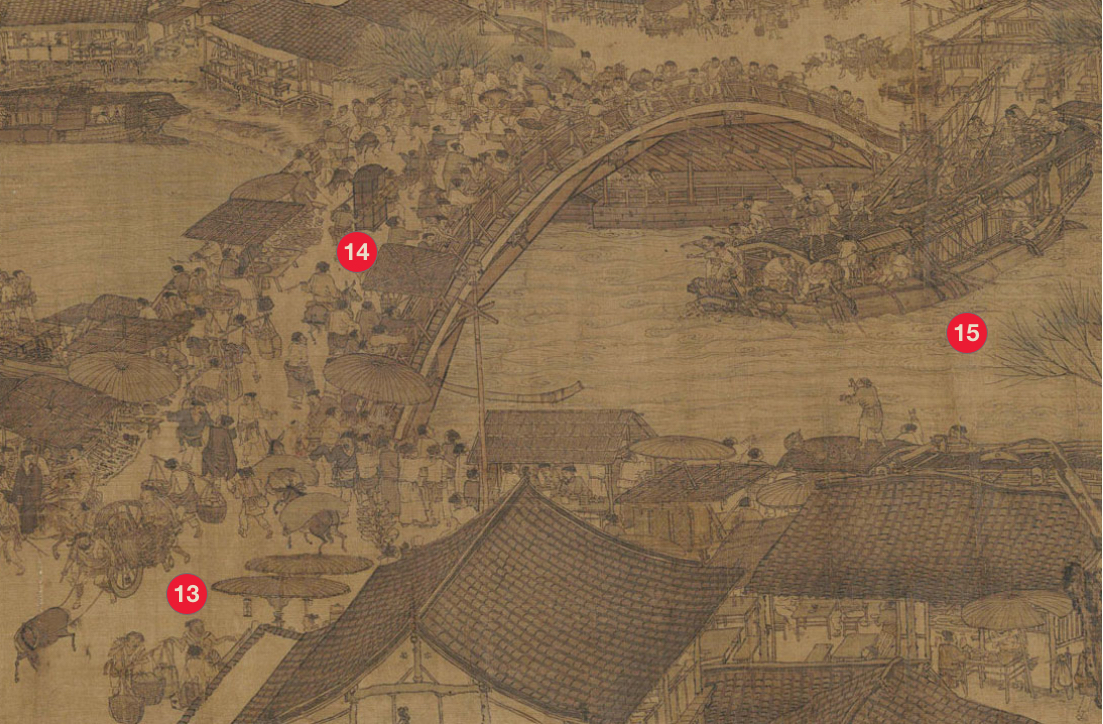 13. A man and woman pulling a hand cart across a bridge, Chongqing, China. Bridges over rivers still are important crossroads for transportation and commerce in China. 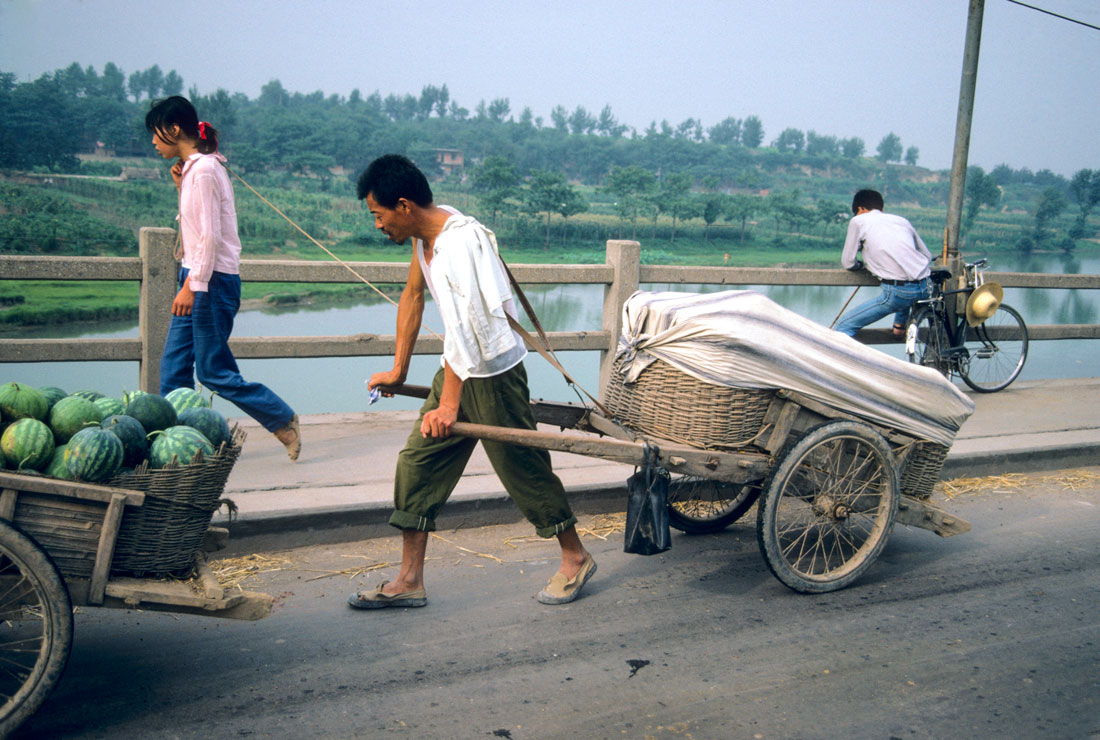 14. Rainbow bridge on the Grand Canal, Suzhou, China. China is a land of many waterways which are key transportation routes. 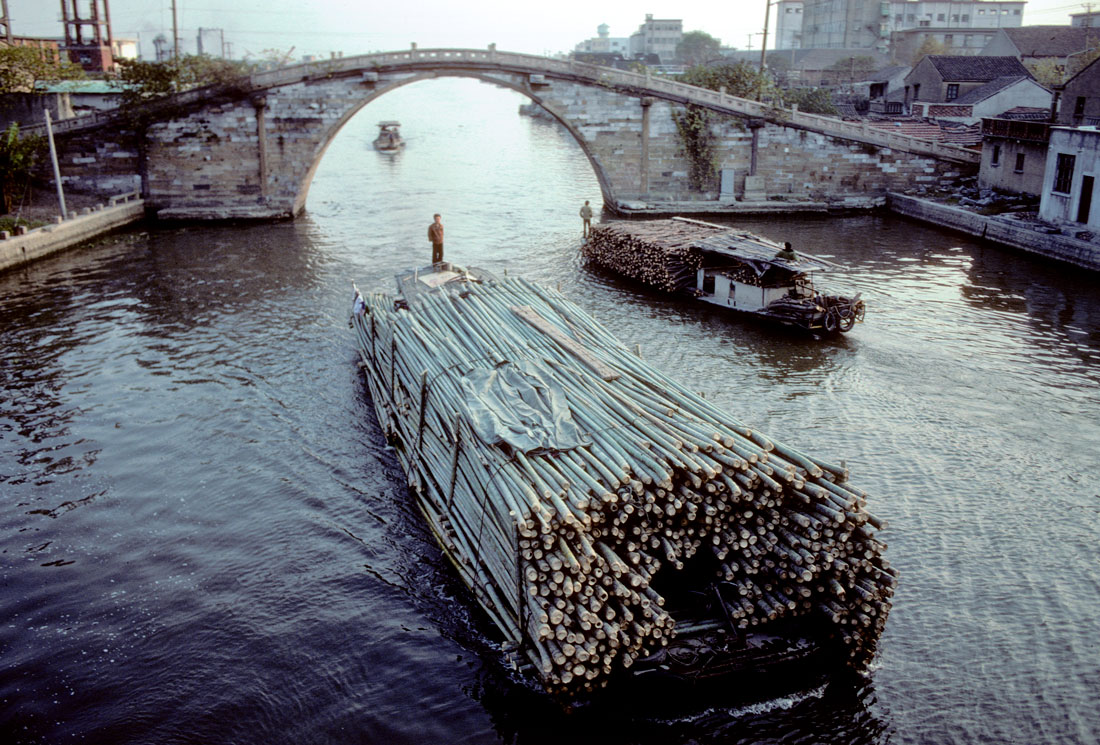 15. A boat loaded with people and goods, Guilin, China. 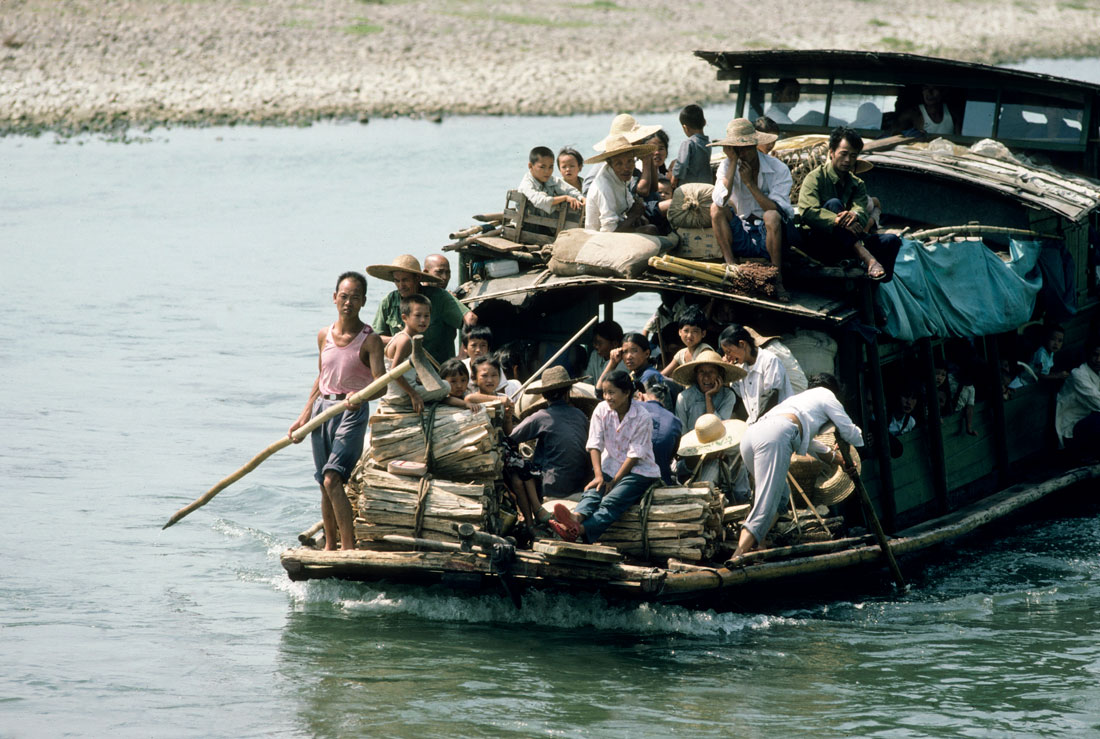 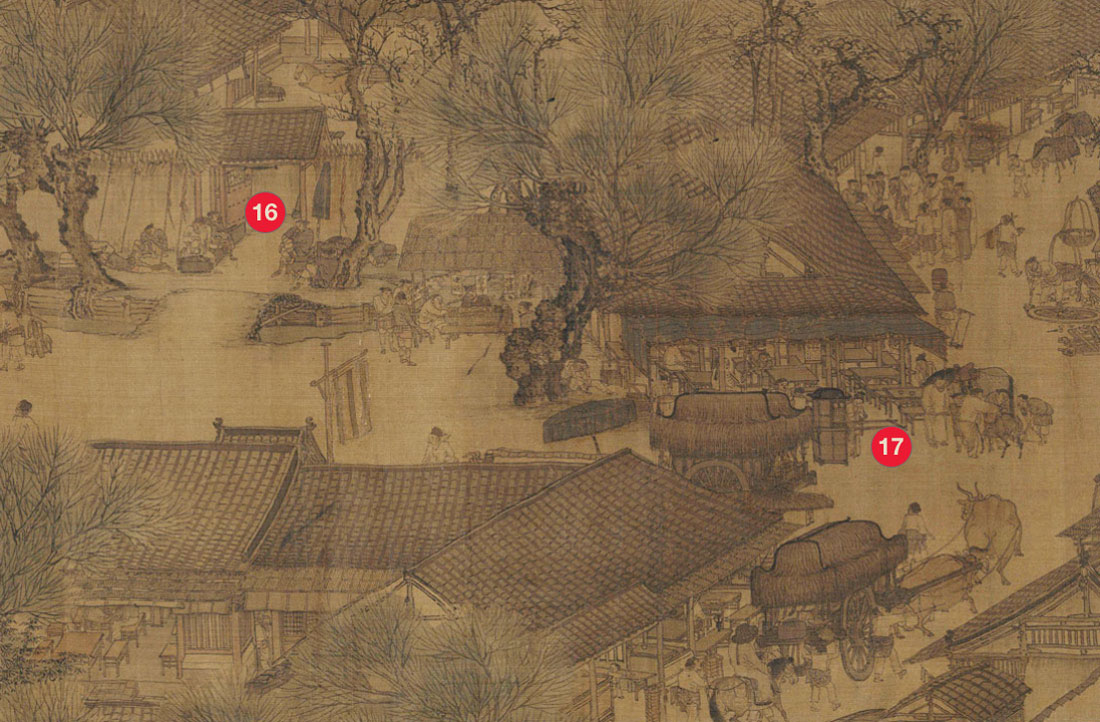 16. Woman sitting by a gate, Henan, China. Most Chinese once lived around walled compounds with front gates. 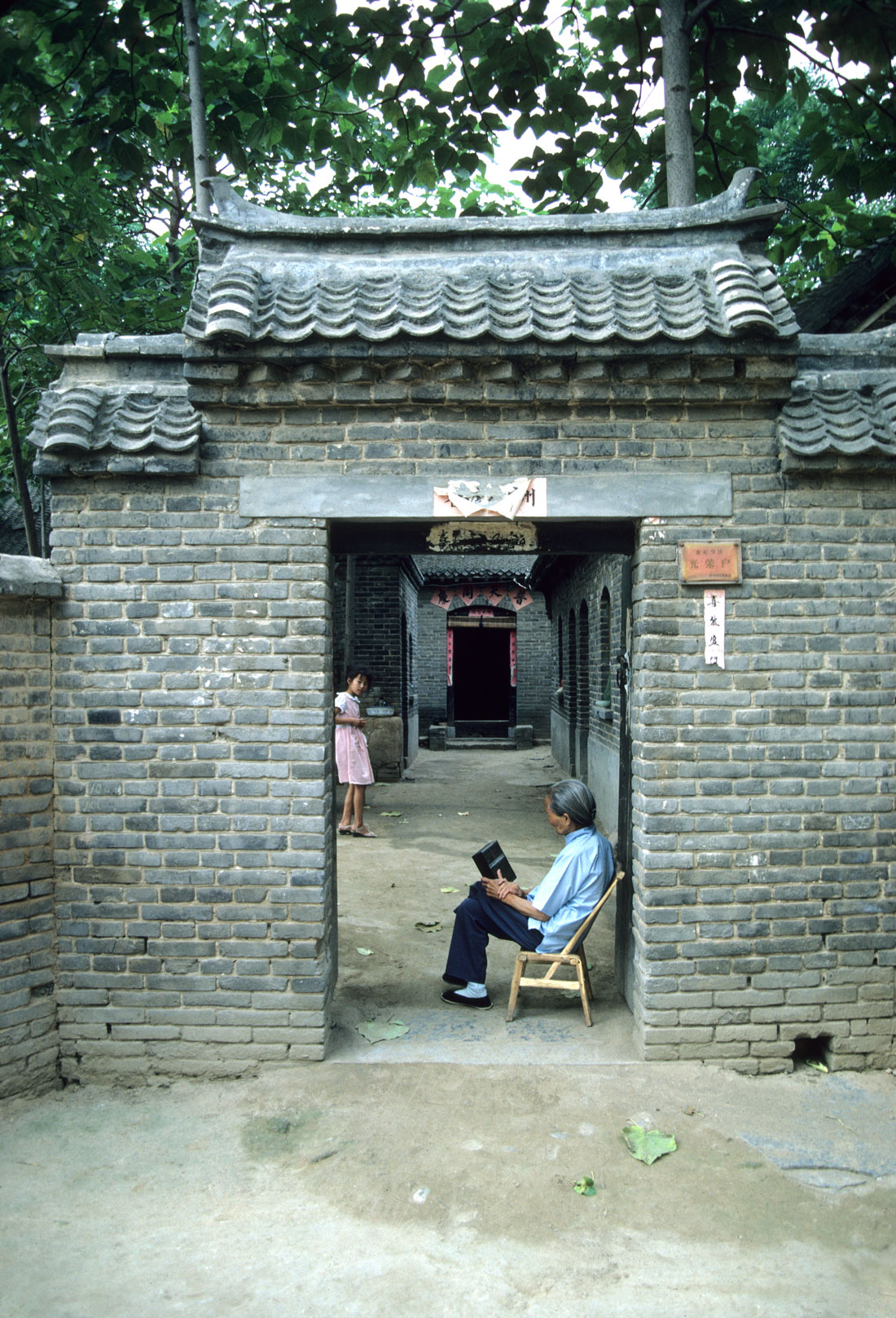 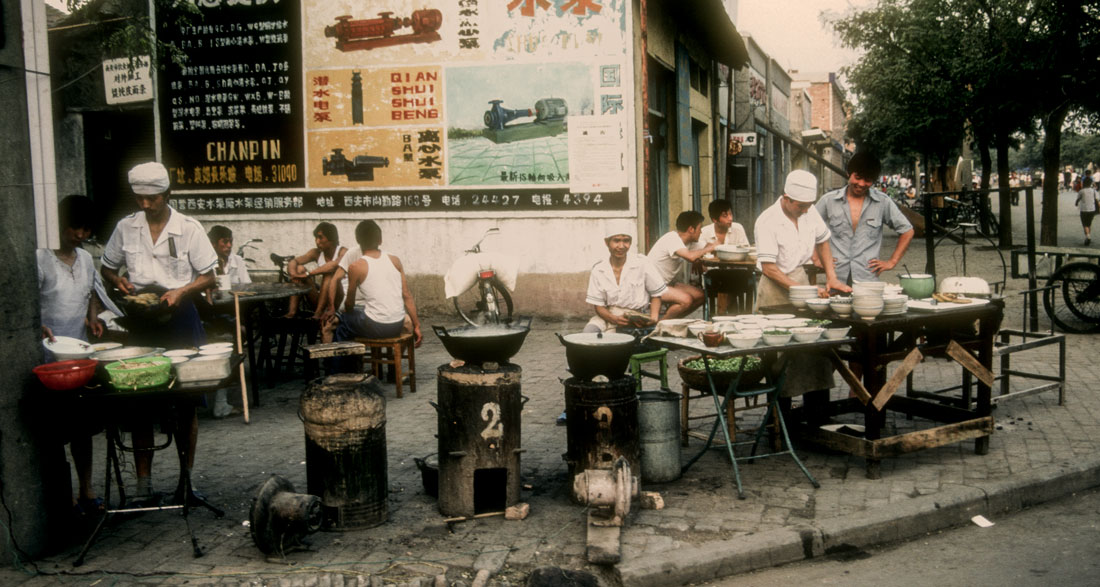 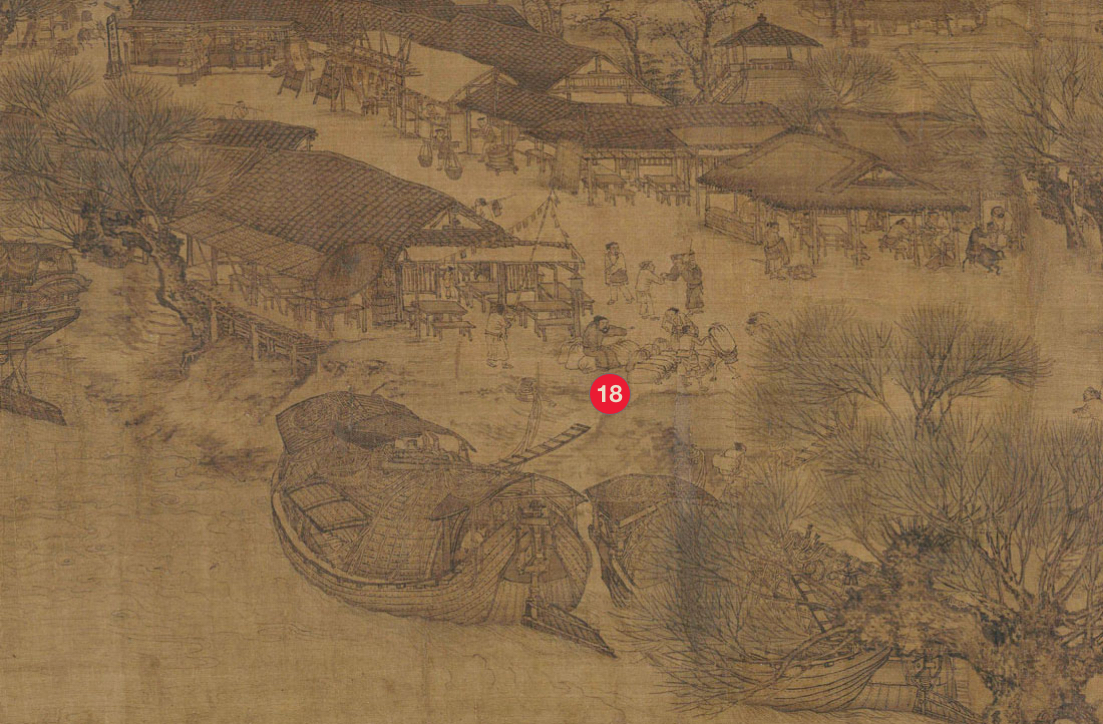 18. Dock workers unloading grain, Shanghai, China. Grain is incredibly important to China's economy, and much of it is transported on the waterways even today. 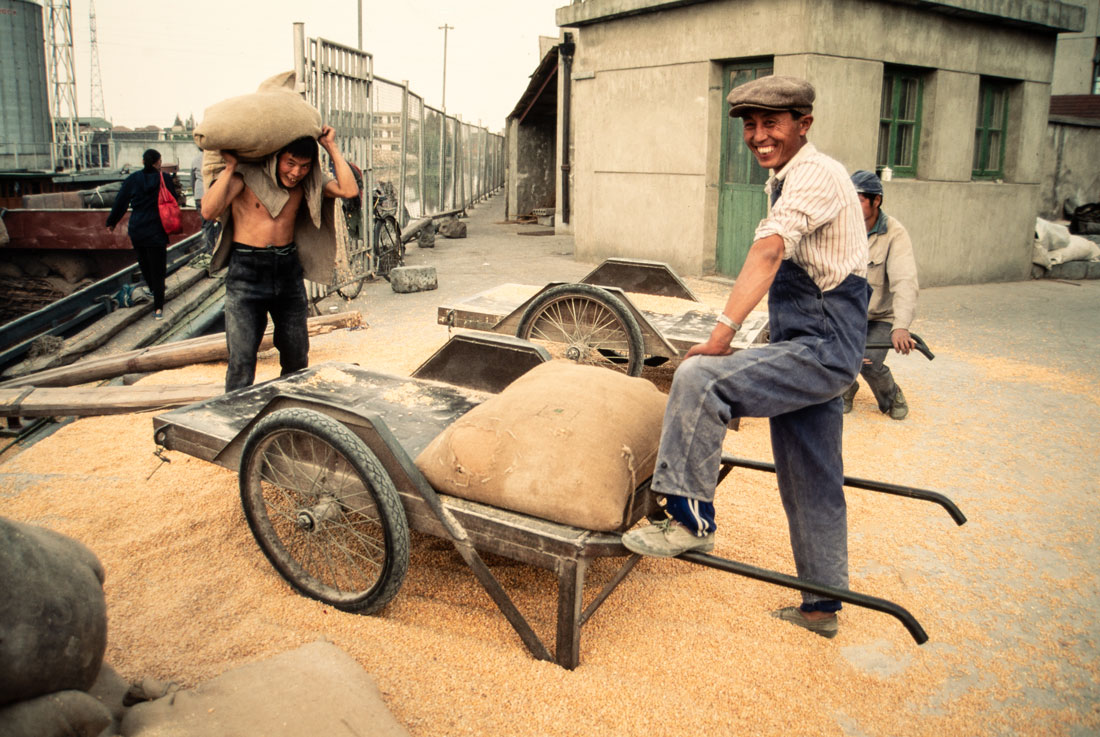 19. The Qingming painting depicts terraced fields, an agricultural practice that began in China during the same era as the painting was created, when a new variety of rice from the Southeast Asian kingdom of Champa was imported. The rice was early ripening, drought-resistant and could be grown on marginal land such as terraced hills. Since then, rice and other crops have been widely planted on terraced hills. This photo shows crops growing on terraces in Chongqing, China. 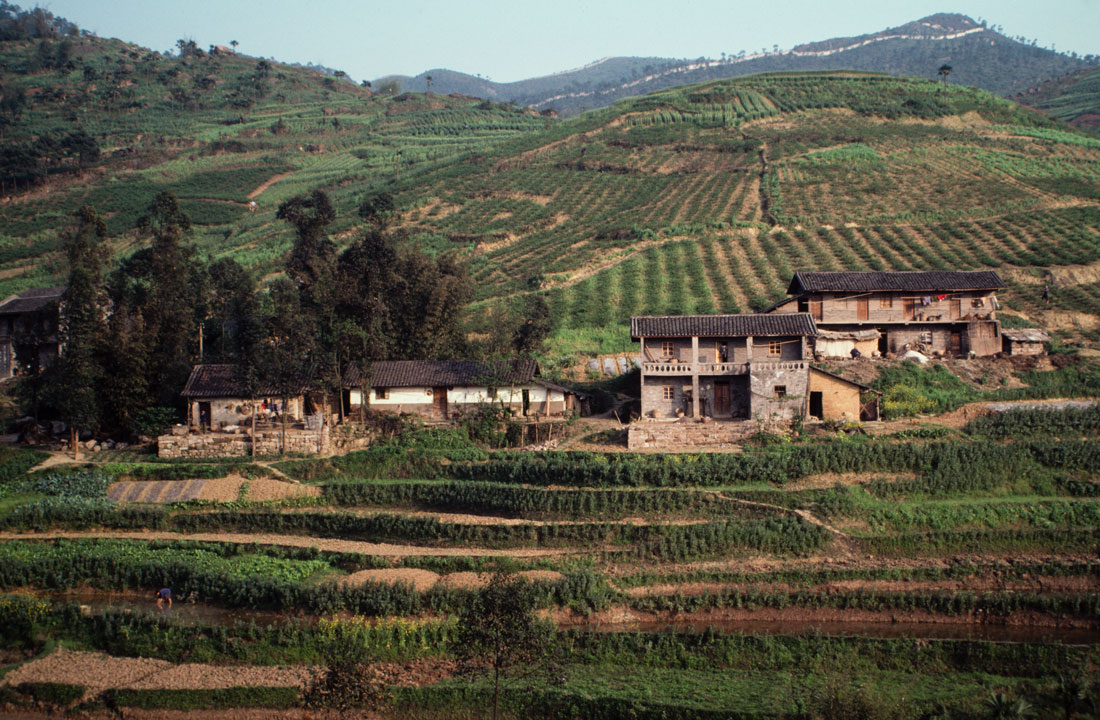